Becca Meyers, a three-time Paralympic gold medalist, said Tuesday she is withdrawing from the Tokyo Games.

Meyers, who won three gold medals at the Paralympic Games in Rio in 2016, accused the U.S. Olympic and Paralympic Committee (USOPC) of denying her essential accommodation over her disability. The 26-year-old suffers from Usher syndrome, which caused her to be blind. She has also been deaf since birth.

Usher syndrome is a rare genetic disorder that causes deafness "due to an impaired ability of the inner ear and auditory nerves to transmit sensory (sound) input to the brain (sensorineual hearing loss) accompanied by retinitis pigmentosa, a disorder that affects the retina and causes progressive loss of vision," according to the National Organization for Rare Diseases.

Meyers said she had "no choice" but to make the "gut-wrenching decision" to withdraw.

"I’m angry, I’m disappointed, but most of all, I’m sad to not be representing my country," she said in a statement. 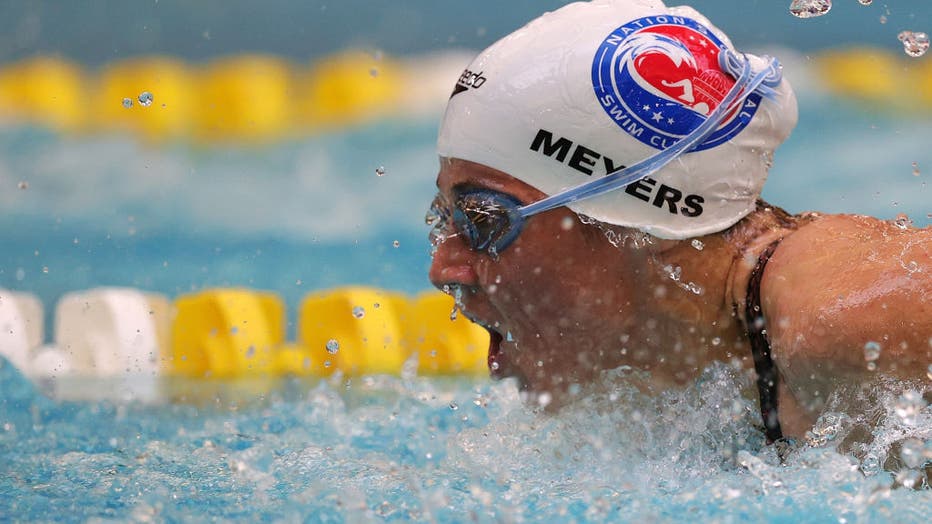 Becca Meyers of the United States competes in the 200m Individual Medley finals during day 3 of the 2021 U.S. Paralympic Swimming Trials at the Jean K. Freeman Aquatic Center on June 19, 2021, in Minneapolis, Minnesota. (Photo by Stacy Revere/Getty I

"The USOPC has denied a reasonable & essential accommodation for me, as a deaf-blind athlete, to be able to compete in Toyko, telling me repeatedly that I do not need a Personal Care Assistant (PCA) ‘who I trust’ because there will be a single PCA on staff that is available to assist me and 33 other Paralympic swimmers, 9 of whom are also visually impaired. The USOPC has approved me having a trusted PCA (my mom) at all international meets since 2017, but this time it’s different. With COVID, there are new safety measures and limits of non-essential staff in place, rightfully so, but a trusted PCA is essential for me to compete.

"So, in 2021, why as a disabled person am I still fighting for my rights? I’m speaking up for future generations of Paralympic athletes in hope that they never have to experience the pain I’ve been through. Enough is enough."

The USOPC didn’t immediately respond to a request for comment from FOX News.