HUTCHINSON, Kan.  -- Ian and Brittani McIntire didn't plan on having any more kids -- much less, twins.

"We went in for our 6 week sonogram and they just said there's one heartbeat and here's another," Brittani said.

From shock, to excitement, to hearing news no parent expects. With a hole in his heart and an abnormal brain, one baby wasn't growing like he should.

"He's only weighing nine ounces and his sister is over two pounds," Brittani said. "His only chance of survival would be heart surgery but they wouldn't do heart surgery because of his brain."

At each appointment, it's been more bad news. Until Tuesday, when doctors captured this: 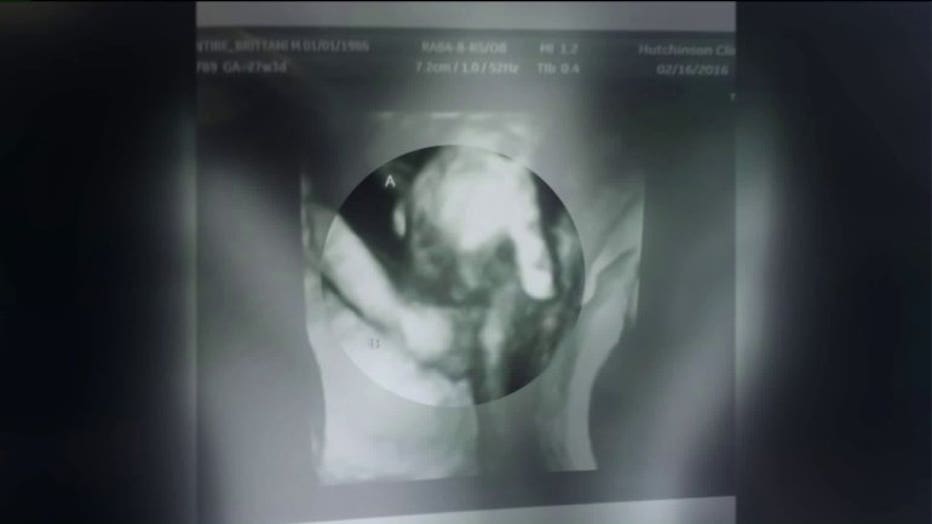 "We didn't really see much, she said there's his hand and there's her hand and it looks like they're holding hands," Brittani said.

The sonogram shows baby Mason on the left, with his tiny hand wrapped around the finger of his growing twin sister Madilyn.

Because Mason may never get to know his twin of family, this special moment showing siblings bonding before birth, is something these parents say is no coincidence.

"We know we have a piece of them together that will last forever... and it's special to have," the father said.

"It's just nice with everything going on... I know I'm holding him, I'm carrying him but I just want to be there for him," Brittani said. "She's the only one who can actually be there and is holding onto him... so it's comforting to know that if he does pass, he won't be alone."