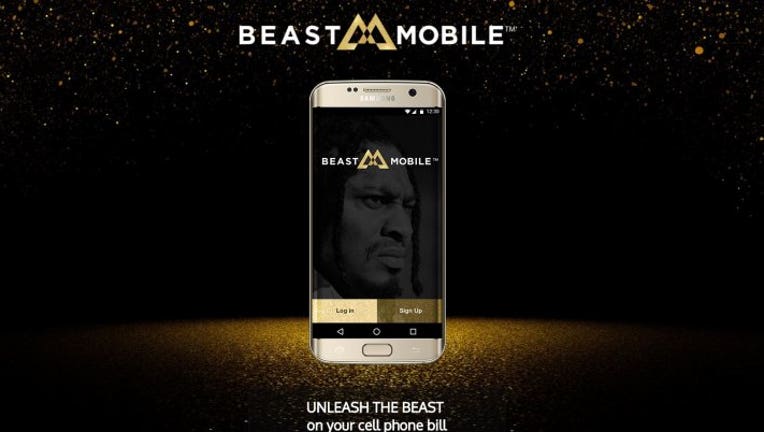 Now you can unleash the beast on your cell phone bill.

A Kirkland, Wash.-based company called FreeMo is partnering with the former Seattle Seahawks running back to help smartphone users save money, according to GeekWire.

The ad-supported mobile app lets customers save money on their bill or get extra data by watching videos or taking surveys.

“We’re giving people the opportunity to get free cellphone service every month by engaging in targeted advertising from their device,” FreeMo CEO Lee Hunt told Geekwire. “If someone doesn’t care to engage in advertising that month, they can pay $24 — which still undercuts most pre-paid plans and is significantly lower than big carrier, post-paid plans. The idea is to reward subscribers for doing things they’re already doing on their phone — downloading apps, shopping online, watching videos, etc.”

Beast Mode tweeted a deal for a free phone as part of a Cyber Monday promotion.

The company also says anyone can download the FreeMo app for Android, engage with it and get credits toward their phone bill on select carriers.

Will you go Beast Mode on your phone plan?