GRAND RAPIDS, Mich. -- It turns out that kids aren't the only ones who can get things stuck in their noses:  A beagle named Rex found himself with a five-inch stick lodged there. 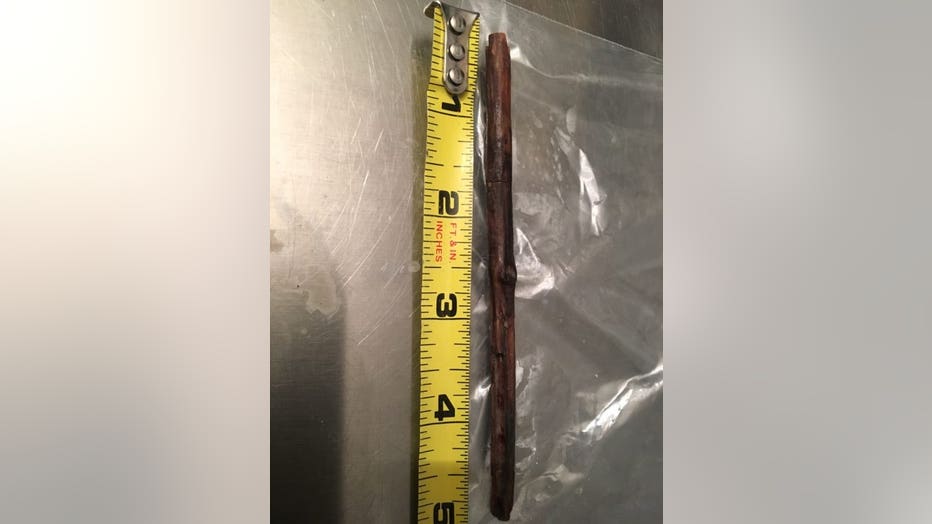 At only two years old, Rex is a playful pup, but for the past six months he's been sick with a runny nose and non-stop sneezing.

The symptoms began back in April when Rex and his owner Mark Kovicak were out for a walk at Hillcrest Park in Grand Rapids, Michigan. Rex darted after a bunny through the woods and came back with a bloody nose.

Kovicak took him to the vet, who flushed his nose and prescribed antibiotics for any possible infection. A few months went by with a few more treatments, but still no luck; Rex was still sneezing, had a runny nose, and just wasn't his usual social self. 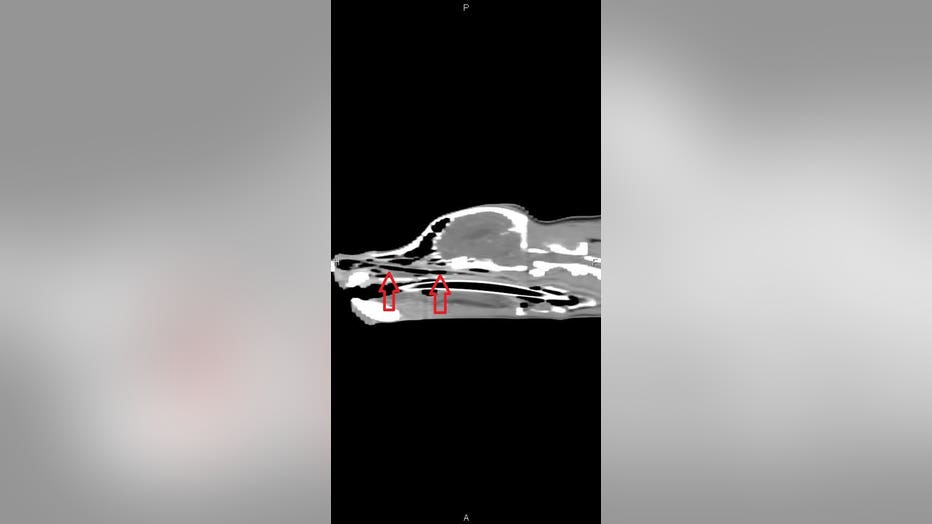 Kovicak and Rex were referred to BluePearl Speciality Medicine for Pets where, with the help of Grand Rapids' only CT scanner for pets, the problem was uncovered, according to Fox 17.

“It was a very long stick in his left nasal cavity," explains Amanda Conkling, DVM, "He couldn't breathe out of that side."

Rex's snout is between two and three inches long, the stick that was lodged in there was five inches long but did not damage any soft tissue.

Conkling recommends that hunting, farm and outdoor dogs wear protective netting like an OutFox Field Guard to prevent foreign objects from entering the nose and ears.