Battling historic blazes on 9/11, twice the reason for firefighter appreciation

TACOMA, Wash. - After 30 years as a firefighter in Puget Sound, Kyle Ohashi traded a fire hose for a fishing pole. But with smoky skies suffocating the Northwest, even spending a quiet day on the water at Point Defiance Park, he’s reminded of the firefighters on the front lines.

“There’s still a part of you that wants to stay tuned to that and see what’s happening and watch what the firefighters are doing, because that brotherhood and sisterhood exists whether you’re retired or still working,” Ohashi said, noting that he’s checked on a number of his active firefighter friends.

On Friday, September 11, there’s twice the reflection for Ohashi, who was on shift working on a fire engine when the planes crashed into the twin towers 19 years ago.

He said he and his team were awestruck watching it all unfold on television, knowing 343 firefighters responded to the World Trade Center that day who never came out.

“They died doing exactly what they had been trained and what was in their hearts to do and so watching that, while it was heartbreaking, you couldn’t be anything else but proud of what your fellow firefighters were doing,” he said.

It’s similar to the pride he feels today as fellow firefighters across the West battle historic blazes, risking their lives and health to protect communities from devastating wildfires.

“Firefighters become firefighters not for the days off, not for the pay, not for anything other than we want to be able to help people and make a difference,” Ohashi said.

While appreciation is appreciated, he said it’s not essential. At the end of the day, for all the sacrifices, he said firefighters are just doing their jobs, and a job well done is thanks enough. 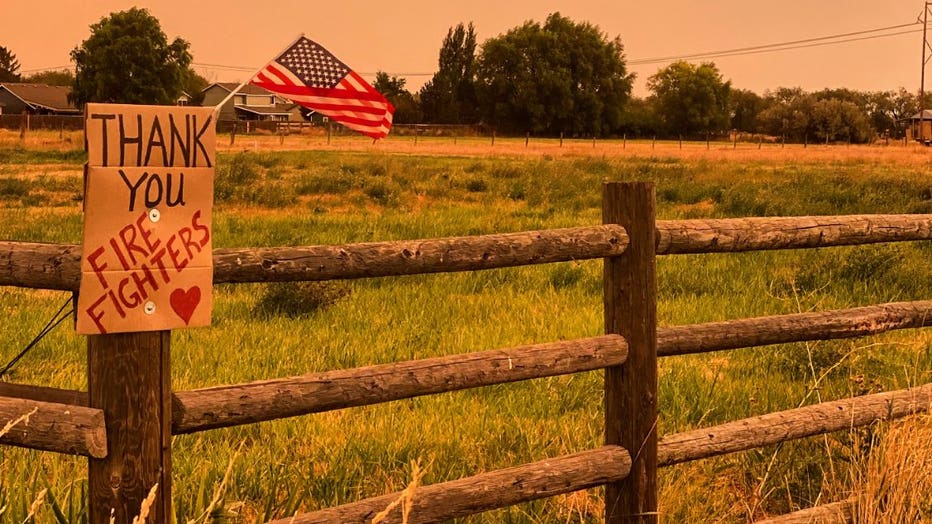 A "Thank You, Firefighters sign is seen on a fence at the Evans Canyon Fire near Yakima, Washington. (Photo by Alison Martin, SE Region, Washington DNR)