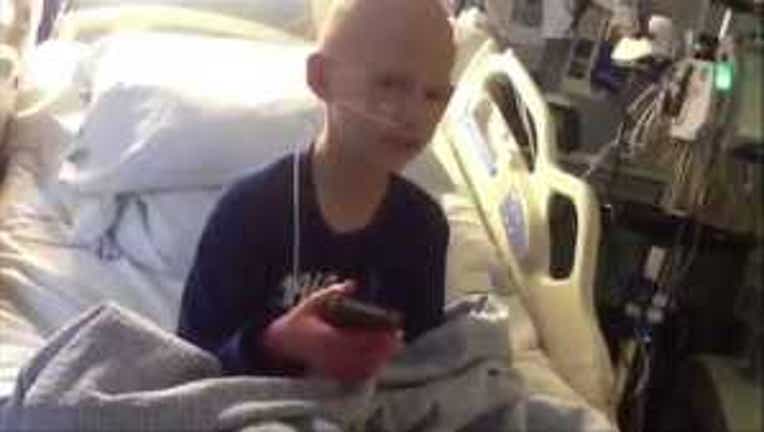 SEATTLE -- Every kid dreams of being a superhero at one time or another, but few ever get to talk to one.

For an 8-year-old fighting cancer at Seattle Children's Hospital, it was a moment he'll never forget.

Opening a gift is cool. Opening one from Batman himself, well...

"Oh my gosh, oh my gosh!” Zach Guillot said as he opened his gift.

"A friend of ours had gotten in contact with (Batman actor) Christian Bale's agent and made arrangement for him to call Zach," said Zach’s father, Jeff Guillot.

And that's just what Bale did. He and Zach talked on the phone for almost 10 minutes.

But Bale didn't stop there.

One week later, a package arrived for Zach.

"A batman shirt, and a Batman toy and a Dark Knight Batman coloring book," Zach said with glee as he opened his gift.

Zach's got a long road ahead, and many more days in the hospital.

His parents are hoping his cancer goes into remission, and he can get a third bone marrow transplant.

"Anybody that helps make a difference in Zach’s day, the tough day's that he has, that's good for us and good for Zach," Guillot said.