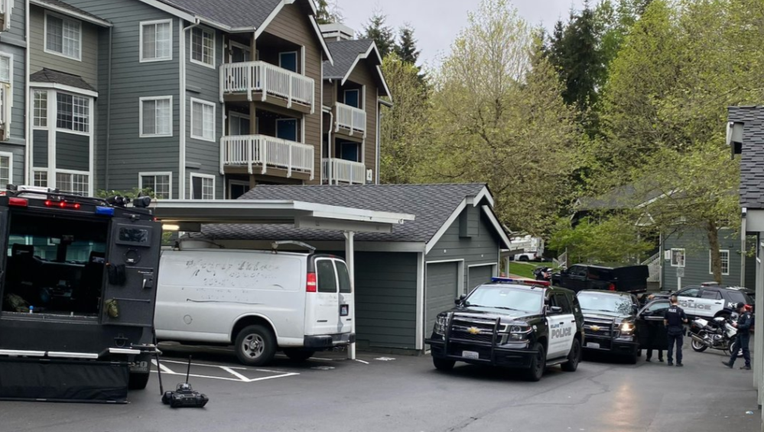 According to the Bellevue Police Department (BPD), a suspect barricaded himself inside the Overlook at Lakemont Apartments while officers on scene negotiated to get him to surrender. People living in the surrounding units were evacuated as a precautionary measure.

At around 8:00 a.m., the BPD confirmed that the suspect walked out of the apartment and surrendered. He is now in police custody.