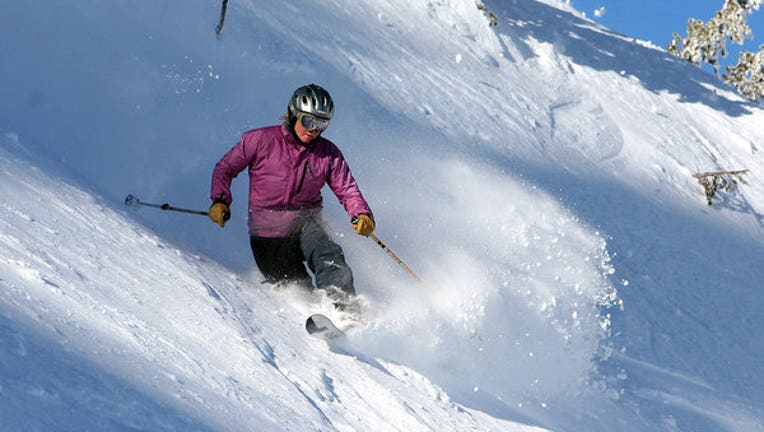 A skier at Alta Ski Area in Utah. The resort has not allowed snowboarders since the 1980s, citing safety and business reasons. But snowboarders are suing to overturn what they argue is an unconstitutional policy. (Alta Ski Area / January 13, 2009)

SALT LAKE CITY -- On picturesque winter slopes, the youngsters racing snowboards downhill and the mature skiers calmly gliding down have routinely been cast as warring snow-lovers.


A Utah ski resort has tried to keep feuding off its slopes by banning snowboards altogether since the 1980s. Four middle-aged snowboarders are protesting that policy, filing a lawsuit in January.

The snowboarders sued Alta Ski Area and the U.S. Forest Service in U.S. District Court in Utah. They argue that their constitutional right to equal use of federal land had been irrationally denied and that the Forest Service, working in concert with Alta, allowed discrimination in violation of the snowboarders' due process rights.

Alta Ski Area, 30 miles southwest of Salt Lake City, covers about 1,800 acres of the Unita-Wasatch-Cache National Forest as part of a 40-year lease through 2042.

This week, the Forest Service joined Alta in asking a federal judge to dismiss the lawsuit, contending that the allegations lacked common sense.

Federal officials make “thousands of decisions about which uses and activities are allowed or are not allowed on its vast land-holdings,” government lawyers said. If courts accepted constitutional challenges by small groups whose desired use was barred, officials would be constantly fighting these lawsuits. The agency offered as an example the National Elk Refuge in Wyoming, where fishing from the bank is banned but fly-fishing is allowed.

Alta, in its court filing two weeks ago, pointed out that some trails allow hiking, horseback riding and bicycling, while others allow just one of those activities and bar the rest.

The Forest Service and Alta have defended their anti-snowboarding stance as promoting safety and keeping the resort’s customers happy.

Alta is not “discriminating against anyone based on a protected class or fundamental right,” the government said.

Alta’s lawyers described the situation to U.S. District Judge Dee Benson like this: “It demeans the Constitution to suggest that the amendment that protected the interests of former slaves during Reconstruction and James Meredith and the Little Rock Nine must be expanded to protect the interests of those who engage in a particularized winter sport.”

In a footnote to that paragraph, attorneys Frederick R. Thaler and Robert O. Rice remarked, “To state the obvious, unlike race, which is an immutable characteristic that cannot be changed, plaintiffs can change the equipment on their feet from a snowboard to skis in a minute or two.”