BELLINGHAM, Wash. -- Haggen announced Wednesday that U.S. Bankruptcy Court in Delaware confirmed the sale of 47 of its stores, including 11 in Washington.

Albertsons won their bids for 10 of the 11 stores in Washington. Yoke’s Foods Inc. won the Liberty Lake store.

The Puget Sound Business Journal said that in some cases, the company won the stores for as little as $1.  It said the Albertson's acquisition will have to be approved by the Federal Trade Commission, which required Albertson's to sell the stores during its merger with Safeway.

Haggen  bought more than 140 stores during that process, but struggled financially afterward. Haggen filed for Chapter 11 bankruptcy protection in September. 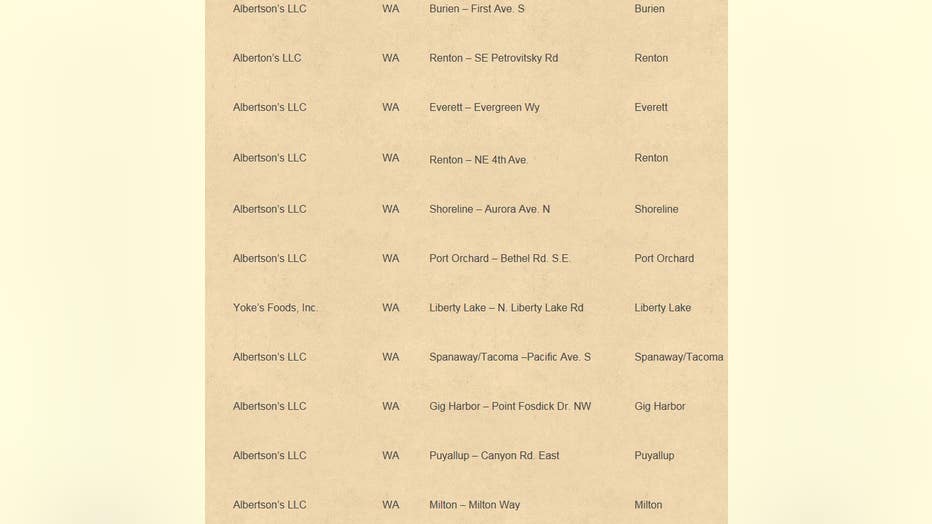