WASHINGTON - As polls closed in several states on Election Day, the first results of hotly contested Senate and House races across the U.S. started rolling in.

The FOX News Decision Desk projected that Democrats will retain control of the House, expanding their majority by at least five seats in the 2020 election. The Senate remains a toss up as some key races have yet to be called.

Earlier, in one of the first races called of the night, Democratic Sen. Mark Warner of Virginia was projected to win a third term by the Associated Press. Warner defeated Republican challenger Daniel Gade in a low-key race in which the incumbent had a massive cash advantage. Democrats haven't lost a statewide election in Virginia since 2009.

Shortly after, Shelly Moore Capito was projected as the winner of the Senate race in West Virginia, becoming the first West Virginia Republican to be reelected to the Senate in more than a century. Capito defeated progressive Democrat Paula Jean Swearengin, a coal miner’s daughter who lacked statewide political experience.

Senate Majority Leader Mitch McConnell, meanwhile, won the Kentucky Senate race, according to a projection by FOX News. The six-term senator defeated his Democratic challenger Amy McGrath. The Republican incumbent has served in the Senate since 1984. McConnell currently serves as the Senate majority leader, a position which he first secured in 2014 and again in 2016.

The Democratic incumbents who won are Chris Coons of Delaware, Dick Durbin of Illinois, Ed Markey of Massachusetts, Jeanne Shaheen of New Hampshire, Cory Booker of New Jersey and Jack Reed of Rhode Island. On the GOP side, James Inhofe of Oklahoma also won reelection.

Republican Sen. Tom Cotton of Arkansas easily won reelection, and many political experts said his race has allowed him to lay the groundwork for a potential 2024 White House bid. The 43-year-old Cotton defeated Libertarian nominee Ricky Dale Harrington, a former prison chaplain who had never run for office. The only Democrat who was running against Cotton dropped out hours after the filing deadline last year.

Republican Marjorie Taylor Greene, who is known for expressing support for QAnon conspiracy theories in a series of online videos, won a U.S. House seat representing northwest Georgia. Her candidacy was bolstered by President Donald Trump, who has called her a “future Republican star.”

Young Republican Candidate Madison Cawthorn was elected to win North Carolina’s 11th Congressional District, filling a vacant seat previously held by Republican Rep. Mark Meadows, who left his position to serve as Trump’s chief of staff. Cawthorn defeated retired U.S. Air Force Col. Moe Davis and will be among the youngest to ever serve in Congress at 25 years old.

Democrat Cori Bush won election to U.S House in Missouri’s 1st Congressional District. Bush earned a reputation as a fierce activist on the streets of Ferguson, Missouri where she protested the death of Michael Brown, who died in 2014 at the hands of a White police officer.

The shooting led to months of protests, and that unrest helped propel demonstrators like Bush into politics.

Securing a Senate majority will be crucial for whichever candidate wins the White House.

Controlling the Senate comes with the power to confirm a president’s choice for a U.S. Supreme Court justice and the ability to quash or advance legislation passed in the House.

With Republicans now controlling the chamber, 53-47, three or four seats will determine party control, depending on who wins the presidency because the vice president can break a tie.

Thirty-five seats are up for grabs in the 2020 election.

Democrats will have to gain an additional four seats to have a Senate majority. If they only gain an additional three seats, they would have to win the White House to secure majority influence. A 50-50 Senate vote requires the vice president to break the tie for any matters on the floor.

Likewise, if Republicans lose three seats, they will have to win the White House to keep their influence in the Senate. 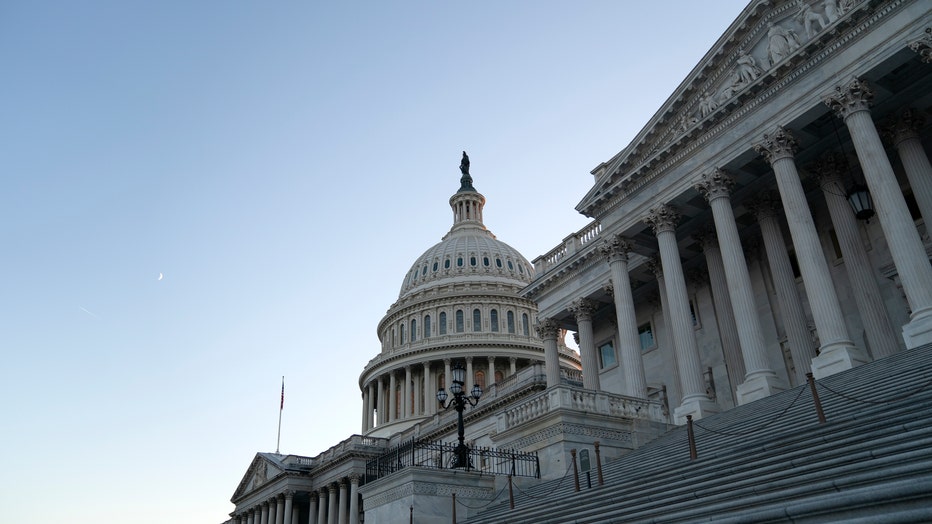 Key races in multiple states could tip the Senate’s balance of power one way or the other. Several Republicans and a few Democrats have a tough road ahead as they fight to keep their seats.

Incumbent Democratic Sen. Doug Jones was defeated by former college football coach Tommy Tuberville who recaptured a U.S. Senate seat for Republicans in the state. Republicans had made recapturing the once reliably conservative seat a priority in 2020.

Tuberville, who has never held public office and last coached four years ago, aligned himself closely with President Donald Trump and declared in the primary campaign: “God sent us Donald Trump.”

Jones had won the seat during a 2017 special election in which GOP Senate candidate Roy Moore was publicly accused of sexual misconduct involving young women decades ago. The GOP hammered Jones over his vote to convict Trump in the Senate impeachment trial earlier this year.

Former astronaut and Democrat Mark Kelly defeated incumbent Republican Sen. Martha McSally, flipping a critical Senate seat. An October poll from Marist College had Kelly ahead with 52% of likely voters and McSally with 46% of likely voters.

Kelly was pitched by Democrats as a centrist in one of the country’s most expensive campaigns. He will finish late Sen. John McCain’s term, which ends in 2022. McSally was appointed to the seat by Gov. Doug Ducey after she was defeated by Kyrsten Sinema in the 2018 election for the seat that was vacated by Jeff Flake.

FOX News is reporting that Colorado has flipped its Senate seat to blue, handing John Hickenlooper a victory over Republican incumbent Cory Gardner.

The Peach State is in a unique position this political cycle with both a regularly scheduled Senate race and a special election.

It’s a toss-up between incumbent Republican Sen. David Perdue and his Democratic challenger Jon Ossoff. An Emerson College poll shows Ossoff with 47% of likely voters and Perdue with 46%.

FOX News is reporting Georgia's special election will head into a runoff between Incumbent Republican Kelly Loeffler and Democrat Raphael Warnock after neither received more than 50% of the vote.

While Democrats have a strong chance of holding onto the House, Republicans still hope to pick up a handful of seats.

Iowa Incumbent Republican Sen. Joni Ernst defeated Democrat challenger Theresa Greenfield in one of the most contested races of the 2020 campaign.

The race between Ernst and Greenfield, a real estate developer, was tight throughout with the Republican senator pulling ahead in the week leading up to the election, FOX News reported.

In the northwestern state of Montana, Incumbent Republican Sen. Steve Daines won and kept his seat in a tight race against Democratic Gov. Steve Bullock.

Cunningham did well in fundraising, bringing in $28 million in the third quarter, more than any other North Carolina politician, according to his campaign. The Associated Press reported that Tillis raised $6.6 million in the same time period.

Incumbent Republican Sen. Lindsey Graham fended off a challenge by Democrat Jaime Harrison retaining his seat in a narrow race, according to a race projection by FOX News.

A mid-October New York Times/Siena poll showed Graham with 46% of the vote and Harrison with 40% of the vote. A late September poll from Quinnipiac University showed the two men in a dead heat — both with 48% of the vote. 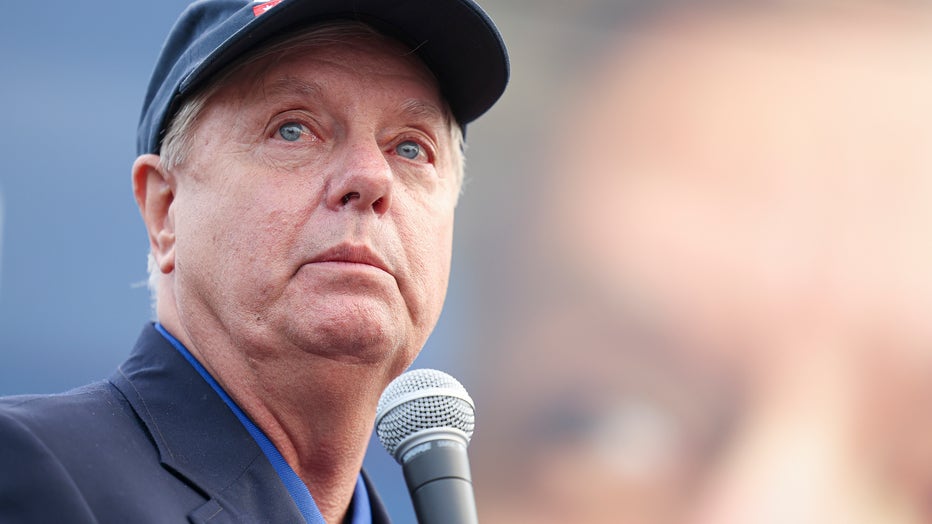 Several factors, including the COVID-19 pandemic, played into making the Senate races so competitive in 2020. Democrats have heavily criticized President Donald Trump and Republicans in their approach to handling the crisis, and they hope to block Republican efforts to repeal the Obama-era Affordable Care Act.

David Flaherty, a Colorado-based Republican pollster, told the Associated Press that his surveys are showing that COVID-19 will be “the most likely issue many voters will make their decisions on.”

“In more places in the country than not, the president is not getting good marks” on that, Flaherty said, and it’s damaging Senate GOP candidates, “especially those in lockstep with the president.”

Democrats currently have 232 seats in the House, while the GOP has 197 seats. Political insiders believe the Democrats will most likely expand their control, according to USA Today.

However, there are multiple House races to kept tabs on during Election Day:

It’ll be a rematch between Incumbent Democrat TJ Cox and Republican David Valadao. Cox beat out Valadao in 2018. A September poll showed Valadao with 49% of likely voters and Cox with 38%.

Her Democratic challenger, Kevin Van Ausdal, dropped out of the race, citing personal reasons.Greene will be replacing Republican Tom Graves, who resigned on Oct. 4.

There was no Republican on the district’s ballot, which includes part of the Bronx and lower Westchester County.

"During the campaign, Bowman spoke about growing up Black in public housing, being beaten by police officers at age 11, becoming a teacher and then a principal deeply involved in education reform," the Associated Press reported.

Incumbent Democrat Max Rose hopes to fend off Republican Nicole Malliotakis. However, it won’t be easy given the pro-Trump area.

Republican Yvette Herrell won election to the U.S. House in New Mexico’s 2nd Congressional District, beating incumbent Rep. Xochitl Torres Small, who tried to hold onto her seat as she vied against Herrell.

This was a rematch, as Torres Small formerly ran against Herrell, defeating her by an extremely narrow margin of less than 4,000 votes.

The district traditionally leans Republican, and Trump won the district by 10 points in 2016 over Hillary Clinton.

Republican Madison Cawthorn was called the winner of the U.S. House seat in western North Carolina Tuesday that was vacated by White House Chief of Staff Mark Meadows.

Cawthorn, 25, becomes the youngest member elected to Congress since the late 1700s.

The candidate -- who first catapulted to GOP stardom after speaking at the Republican National Convention in August, getting up from his wheelchair at one point on stage -- defeated incumbent U.S. Rep. Moe Davis, D-N.C., to capture the 11th Congressional District seat, according to the Associated Press.

Peterson had withstood a Republican wave before, but political insiders believed this was going to be his toughest fight yet given that his district was turning deep red — and they were right.

Peterson, the chairman of the House Agriculture Committee, was seeking his 16th term.

This is a developing story. This story was reported from Los Angeles.