FUGITIVE CAPTURED April 4, 2014 -- Bail bonds agents say they tracked down Diana Hayward in Bellevue on Friday. FUGITIVE WANTED IN KING COUNTY March 14, 2014 -- Cops say when this fraud fugitive got stopped by police trying to cash a stolen check, she showed them the ID of an Asian woman and said it was her. Officers obviously didn't buy it -- and say that was one of several strangers' identification cards she had on her. King County detectives say Diana Hayward is a career criminal whose main M.O. is identity theft, which is one of the warrants she has out for her arrest right now. But she's also wanted for stealing a car -- a crime cops found out about after she crashed it and had to be taken to the hospital. "When we were investigating the accident, we found that there was a lot of property in the vehicle that had been recently stolen from a burglary," King County sheriff's Sgt. Cindi West said. "Additionally, there were quite a bit of different identifications in the vehicle. Deputies responded to the hospital, took her fingerprints to identify who she actually was, and additionally found out from medical personnel that she had been concealing some jewelry on her body." 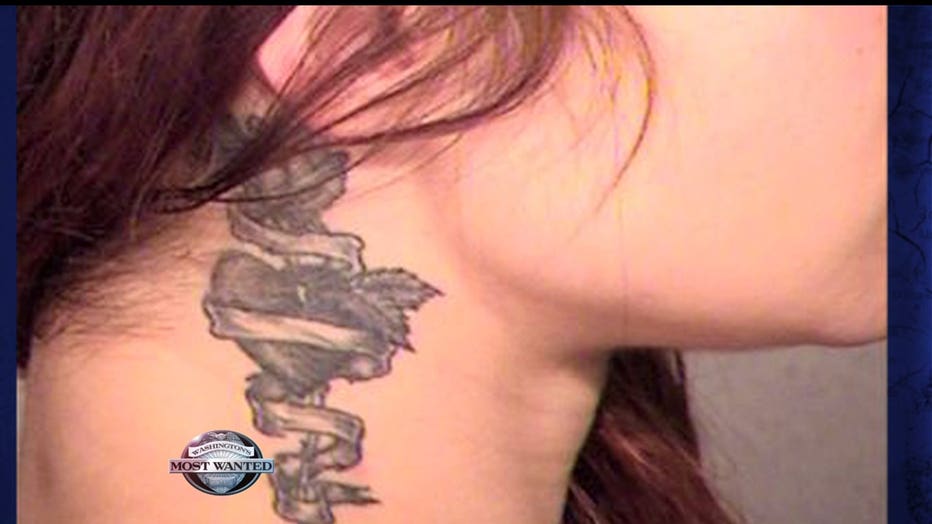 And her long hair helps conceal that neck tattoo she's got. Diana Hayward is 28 years old and also wanted by the Department of Corrections for escape. If you know where she's hiding, call an anonymous tip into: CRIME STOPPERS: 1-800-222-TIPS You must call the Crime Stoppers hotline with your tip to be eligible to receive a cash reward for information leading to a fugitive’s arrest. CLICK HERE for information on how to TEXT A TIP to Crime Stoppers