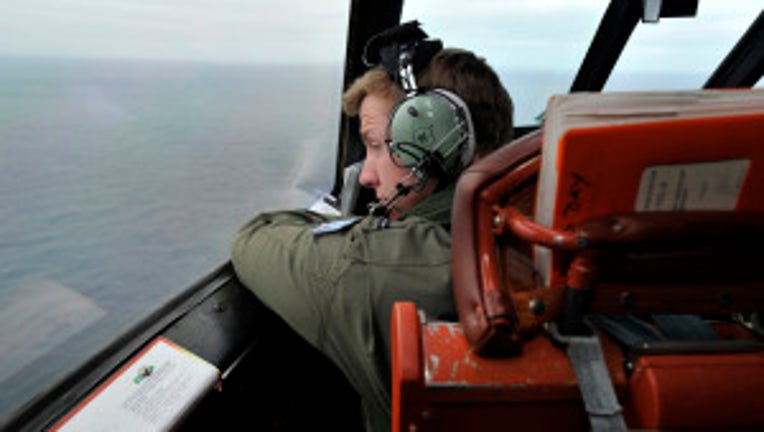 But five ships in the area are trying to keep up the hunt for debris despite the difficult conditions.

All the planes that had flown out to the search zone are returning to Perth, the western Australian city where they set out from, the Australian Maritime Safety Authority said. It initially reported that the ships were leaving the search area, too, but later said they would stay.

The search teams that have been out over the remote area of ocean Thursday have been "beaten up," said Lt. Comm. Adam Schantz of the U.S. Navy.

The visibility is almost zero, with clouds reaching down to the surface of the water, as well as severe turbulence and icing, he said.

"It's very cold," said Capt. Allison Norris, who is in charge of the HMAS Success, the Australian navy ship in the search area. "We rotate the lookouts through every hour and make sure that they are appropriately dressed to combat the very cold conditions down here."

Flight crews hope to be back in the air Friday if the weather clears, he said. But the Australian maritime agency said it expects conditions to remain bad for another 24 hours.

This is the second time this week that operations have been hampered by harsh conditions in the isolated patch of ocean roughly 1,500 miles southwest of Perth. No search missions took place on Tuesday because of stormy weather.

The delay is likely to prolong an already protracted hunt, now in its 20th day, for the missing Boeing 777, which disappeared March 8 over Southeast Asia with 239 people on board.

Citing an analysis of satellite data, Malaysian authorities say the plane ended its errant journey in the southern Indian Ocean. But they still haven't been able to establish why it lost contact with air traffic control and flew so far off course.

The suspension of the aerial search dims hopes that the teams might soon be able to pinpoint objects spotted in satellite images of the ocean captured over the past two weeks.

On Wednesday, Malaysia said it had received satellite images showing 122 potential objects floating in the ocean, not far from other satellite sightings that could be related to the missing passenger jet.

Analysts said that was an encouraging sign, but so far nothing linked to the plane has been found.

"The type of wreckage or object that we're looking for is so close to the water line that now radars would not be able to pick it up," Norris of the HMAS Success told CNN's Anderson Cooper. "So we are very reliant on lookouts who use binoculars and night vision glasses to scan the horizon and scan the area around the ship while we conduct our search pattern."

The forecast from Friday morning through Saturday shows much improved conditions in the search zone, CNN's Javaheri said.

"Scattered clouds should be expected," he said. "But the winds and seas will both calm considerably, giving a rare a stretch of generally favorable conditions for this region during this time of year."