Spokane astronaut Anne McClain is back on Earth

McClain and two other crew members undocked from the International Space Station Monday.

After 204 days in space, astronaut and Spokane native Anne McClain is back on Earth.

McClain and two other crew members undocked from the International Space Station Monday. Three-and-a-half hours later, the capsule carrying them opened its parachute and touched down in the remote Kazakhstan desert.

The ground recovery crew moved in moments later, and McClain emerged from the top of the capsule.

The journey from space back to Earth has been compared to being inside a washing machine or on a roller coaster. Clearly, McClain was all smiles as she got her feet back on solid ground. 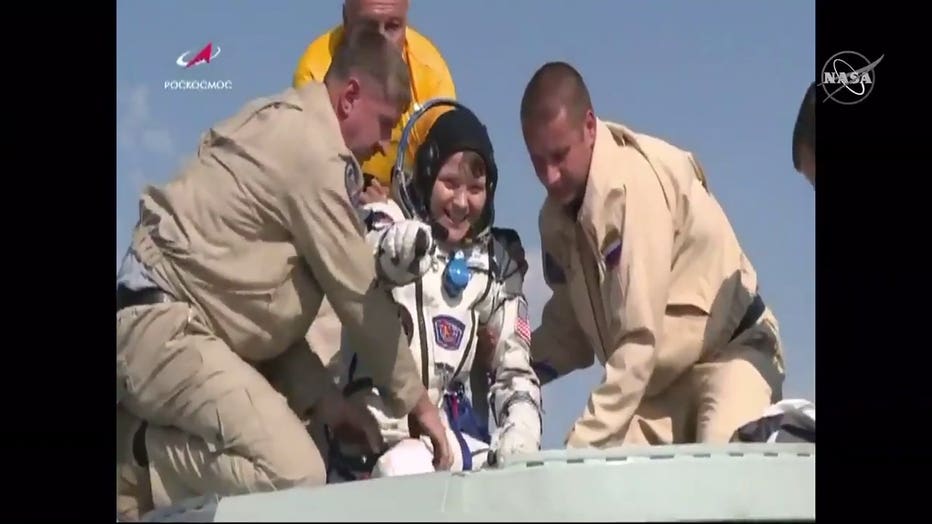 Not long after touching down, McClain took to Twitter to share a quote from T.S. Eliot: "And the end of all our exploring will be to arrive where we started and know the place for the first time."

McClain currently lives in the Houston area (where NASA's Johnson Space Center is located), but she's planning to visit her Spokane in August.