SEATTLE -- It has been eight months since Amanda and Kyle Uphold lost their baby girl, Eve.  She was just 4-months-old when she died at her licensed in-home day care in Seattle.

“I trusted that license that came from the (state) Department of Early Learning, that they were making sure safety was in place and that she was following the guidelines -- and I didn't realize that wasn't the case,” said Amanda Uphold. 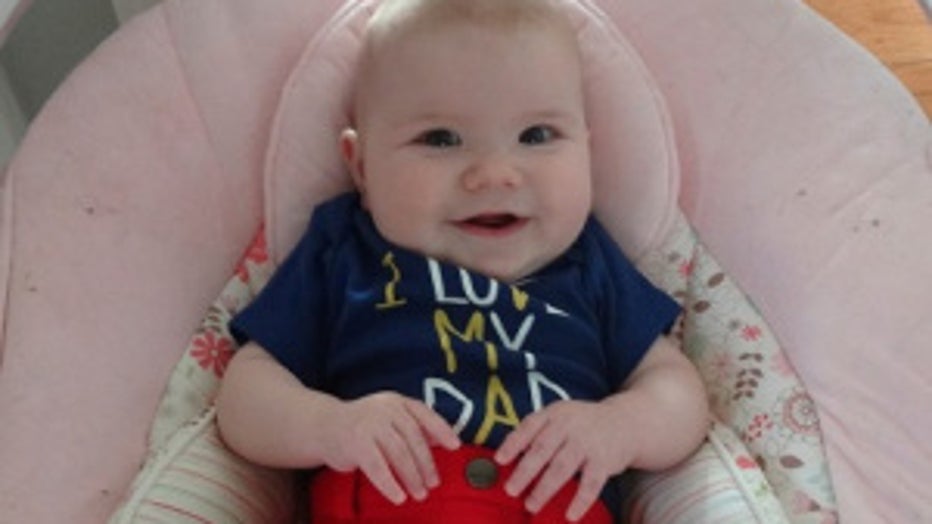 The King County Medical Examiner's Office ruled Eve's cause of death was SIDS, or Sudden Infant Death Syndrome.  After an investigation, the Department of Social and Health Services found that Eve’s day care provider, Rhonda Hopson, was negligent.

Hopson swaddled Eve, put her on top of a loose waterproof pad in this portable crib in an unapproved corner of her basement and left her alone for more than an hour.  All those acts violated state child care laws.

“Here it's very clear there wasn't an attentiveness to this facility, to really make sure they were doing things correctly and following protocol to make sure children were safe,” said Lincoln Beauregard, the Upholds' attorney.

Q13 FOX News requested Hopson's licensing history file and what was found was alarming.  In 2001, another baby died of SIDS in her home.  In that case, she put the baby to sleep in her own adult bed surrounded by pillows and left the house.

Over the next 12 years, Hopson racked up dozens of safety violations, many which weren't corrected, yet she was allowed to continue watching children.  We shared Eve’s story with state Rep. Ruth Kagi, D-Shoreline.

“There needs to be corrective action or they shouldn’t continue to operate because children can die and that is clearly what Eve’s case has shown us,” said Kagi.

Kagi chairs the committee that oversees the Department of Early Learning.  That is the state agency that licenses all day cares in Washington.  Hearing about Eve's story has spurred her into action.

“It has made me really think about what we should do differently and how we do that in a thoughtful way,” said Kagi.

After watching our story, Kagi drafted legislation that will now require a formal child fatality review of Eve's death, and any others that occur in licensed day cares in Washington.

“We need to bring in the people who know about SIDS, bring in licensors, outside experts and really look at what happened, what was wrong and change our policies,” said Kagi.

Out of that fatality review committee will come recommendations on what other policies or state laws should change.  Kagi would like to see a swift consequence if a provider does not comply with safe sleep practices.

“I, personally, after reviewing this case and looking at deaths in licensed child care facilities found over half of them are SIDS deaths and it is a life and death issue,” said Kagi.

The Upholds are suing the provider and the state over their child’s death and will be in Olympia Thursday to testify in favor of this legislation.

“To just let it go would be doing Eve a disservice.  If somebody along the way would have stepped up and said, ‘Hey, we need to do something about this', we would have had a different outcome and Eve still would have been here,” said Amanda Uphold.