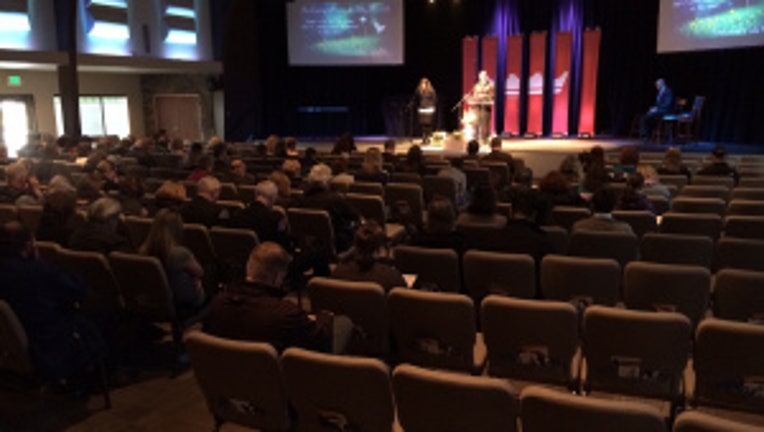 NORTH BEND -  We'll never know her name, but we know that she would have been loved.  Baby Kimball, the newborn baby girl that was found dead in the woods in North Bend last month, was buried Saturday in SeaTac.  About 50 people attended a funeral service at the Snoqualmie Valley Alliance Church earlier in the day.

The infant was found abandoned by a man walking along SE North Bend Way on February 12th.  Detectives said the baby was a newborn and still had the umbilical cord attached, according to the King County Sheriff's Office.  Police released a photo of the burping pad that was found near the infant's body, hoping that someone would recognize it, and help police find the baby's mother (or parents).

Police ask that if you have any information about this investigation to please call the King County Sheriff's Office at 206-296-3311 or you can remain anonymous and be eligible for a reward of up to $1,000 by Calling Crime Stoppers at (800) 222-TIPS.