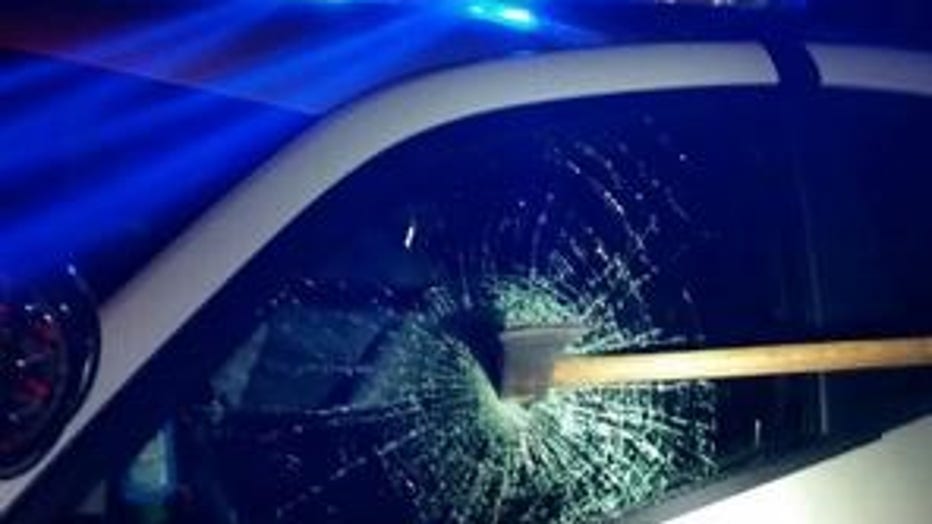 WASHINGTON (CNN) -- An officer with Washington's Metropolitan Police Department came under an unprovoked attack Friday from a man wielding an ax, police said, the second such attack in two weeks that is prompting warnings and new protocols to officers on the job.

The attack, and another last week in which a man attacked four New York City officers with a hatchet in Queens, prompted an immediate increase in security for officers in both D.C. and New York. The New York Police Department said in a memo: "Police Officers on patrol should maintain a heightened level of awareness."

The attack in Washington occurred around 3 a.m. as the officer was sitting in his marked squad car in Washington's Brookland neighborhood, near the campus of Catholic University of America, police said.

The officer, who hasn't been identified, wasn't injured by the ax, but he chased the suspect and suffered a shoulder injury in a scuffle before the attacker ran away, police said. No motive is known and the suspect remains at large. Police said he was an African-American man about 6 feet tall and of stocky build.

A photo provided to CNN by a law enforcement official shows the ax implanted in the window of the police car, just inches away from where the officer's head was inside the car.

Metropolitan Police Chief Cathy Lanier issued a warning to officers to increase their vigilance for their safety, amid concern about recent attacks on authorities in New York and Canada, a law enforcement official told CNN.

In reaction to the Washington attack, the NYPD issued new patrol protocols to its officers to increase security, including "Effective immediately, all foot posts are to be assigned in pairs of two. There are to be no solo foot posts assigned citywide."

The memo said officers will be required to remain together and take meal breaks in pairs.


Mary Kay Mallonee and Evan Perez contributed to this report.