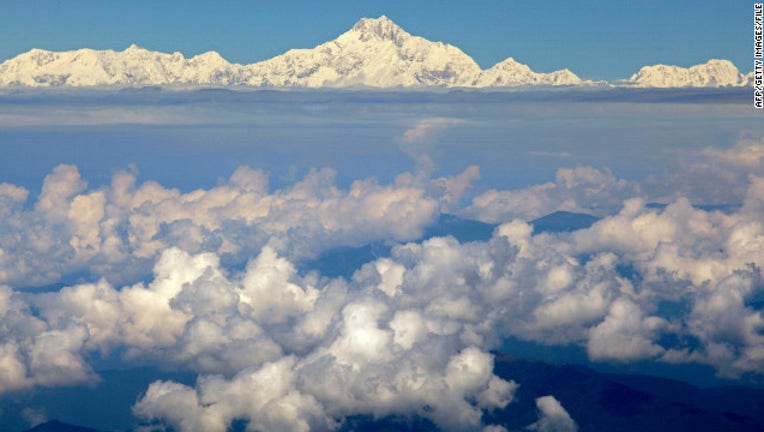 Climbers and guides were preparing for the spring climbing season. From Getty Images.

Four others are missing, said Madhu Sudan Burlakoti of Nepal's Tourism Ministry, adding that six people were injured in total.

A group of about 50 people, mostly Nepali Sherpas, were hit by the avalanche at more than 20,000 feet, said Tilak Ram Pandey of the ministry's mountaineering department.

The avalanche took place just above base camp in the Khumbu Ice Fall.

The climbers were accounted for, Pandey said. "Rescue teams have gone ... to look for the missing."

Before Friday, the deadliest single-day toll was from an accident in May 1996, when eight climbers disappeared when a huge storm hit. Their tragic story was chronicled in Jon Krakauer's bestselling book "Into Thin Air."

Readying for the climb

Climbers and guides had been setting the ropes for the route, acclimating to the climate and preparing the camps along the route when the avalanche hit Friday, said Gordon Janow with Alpine Ascents International in Seattle.

Climbers arrive in April to acclimate to the altitude before heading toward the summit of the world's highest mountain.

Ethnic Sherpas acts as guides for the mostly foreign clients.

The spring climbing season is the busiest of the year.

About 334 foreign climbers have been given permission to climb Everest over the next couple of months, with an estimated 400 Sherpas helping them, mountaineering official Dipendra Poudel said.