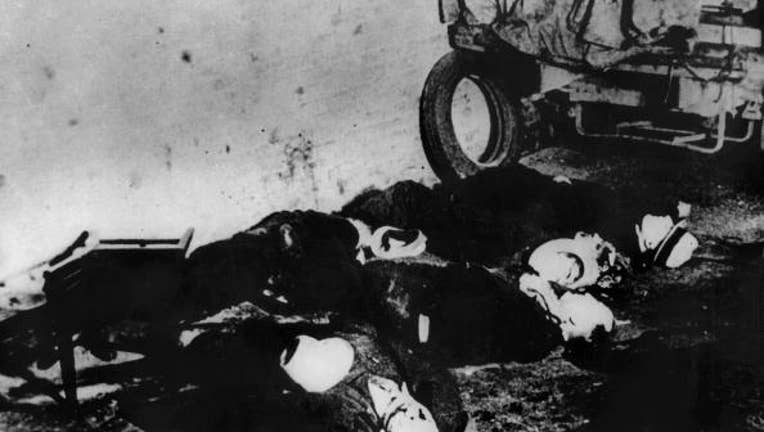 Picture dated 14 February 1929 of the Saint-Valentine's day massacre, Capone's most notorious killing, committed by his hatchet men. On 14 February 1929, four Capone men, in which two were dressed as policemen, entered a garage, main liquor headquart


Executive officer James Sledge, a local history fan, says he felt a chill down his back when he first read the documents outlining the attack at a Lincoln Park garage that left seven men dead and more than 160 machine gun casings littering the scene. The unsolved crime, carried out by men dressed as city police officers, is widely believed to have been ordered by Al Capone.

Sledge's staff found the papers tucked away in a metal file cabinet. He tells the Chicago Sun-Times (http://bit.ly/1XnGk5E ) he's weighing where the documents should be stored and how accessible they should be.