'This protesting. This witch hunt. This mob-style crucifixion of Chris and Roberta is just wrong. Enough is enough,' attorney Steven Bertolino said of protesters who remain outside Brian Laundrie's parents' home.

TAMPA, Fla. - The attorney for Brian Laundrie's parents says an autopsy on their son's remains, which were described as "bones" by North Port police, did not reveal a cause or manner of his death.

Laundrie's autopsy was completed Friday and his remains will be sent to an anthropologist for further examination, according to reporting from FOX 5's Jodi Goldberg.

The Laundrie family attorney, Steven Bertolino, said they were hoping for more answers from law enforcement regarding the cause of death for Brian, who was a person of interest in the death of fiancée Gabby Petito while the couple was on a cross-country road trip. 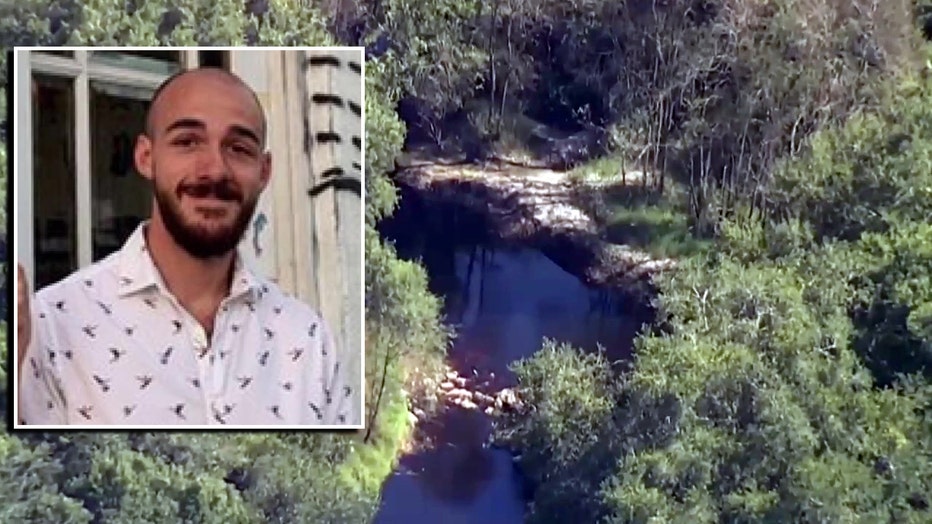 The manhunt for Brian ended Thursday when skeletal remains, found the day before at Myakkahatchee Creek Environmental Park in a previously underwater area, were identified as belonging to Brian by the FBI using dental records.

Laundrie was wanted on a federal warrant, charged with intent to defraud for one or more unauthorized uses of Gabby's bank card, between August 30 and September 1, taking more than $1,000. Officials did not initially call him a suspect in Gabby's homicide. A Wyoming coroner said she died by strangulation, and her body was likely outside for up to four weeks, but no suspects have been named in her death.

The FBI Denver field office confirmed that dental records were used to match what North Port PD referred to as "bones" found at the Myakkahatchee Creek Environmental Park in North Port Wednesday. Items belonging to Laundrie were found near the skeletal remains, according to North Port PD.

For weeks, Florida authorities scoured Carlton Reserve and neighboring Myakkahatchee Creek park, searching for any sign of Brian before scaling back those efforts nearly a week later.

On Friday, Sept. 17, his parents said he was missing, telling North Port police they believed he would be in the preserve. At the time, they said he left the home on Tuesday, Sept. 14 , sparking the search.

Then, according to the family attorney, in early October they said they believed he left one day earlier than they previously thought.

The Laundrie family attorney, Steven Bertolino, says his clients have done nothing wrong.

"This protesting. This witch hunt. This mob-style crucifixion of Chris and Roberta is just wrong. Enough is enough," Bertolino said. "If they haven’t gone home already, they should go home."

Bertolino says Chris Laundrie regrets letting his son go on that hike. He says the couple has done nothing wrong and they deserve privacy.