LACEY, Wash. - A new report from Washington State Patrol shows that, across the state, vehicle thefts have increased 88% since 2021.

The rate of increased thefts already outpaces the previous year with the most car thefts, 2005. Then, WSP logged more than 41,000 thefts by year’s end.

The Washington Association of Sheriffs and Police Chiefs (WASPC) blames the state’s revised laws on police pursuits, which went into effect in July 2021.

Their estimate is that, barring any change to the laws, 2022 would end with more than 50,000 cars stolen.

"The data show what our law enforcement and communities are seeing out there every day—the word is out and criminals know what they can do under our current laws," said WASPC executive director Steve Strachan. "Each of these alarming numbers represent a victim, and victims of auto theft too often are those who can least afford it- with older cars with fewer anti-theft systems, with less insurance coverage, and with greater impacts on their lives."

These new laws were designed to set better standards for police use of force and improve accountability, largely in response to the national outcry against police brutality following the Minneapolis Police murder of George Floyd.

Fatal encounters with police in Washington dropped significantly in 2021 following these changes. 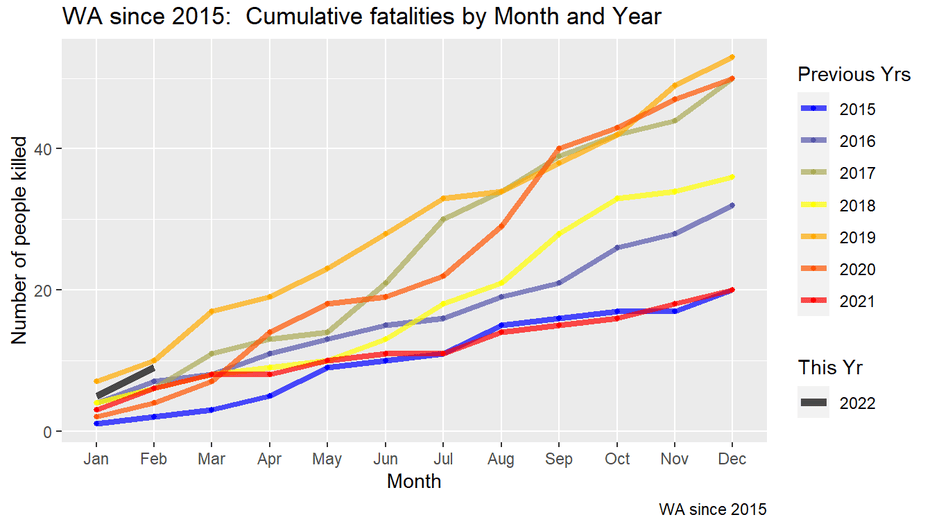 Chart of "fatal police encounters" in Washington since 2015 (Next Steps Washington).

But, some law enforcement officials have not taken kindly to the new laws, three of which have already been amended by legislators to give leeway back to police.

WASPC attributes this year’s sharp rise in vehicle thefts to the "failure of the legislature to give law enforcement the authority to allow even the perceived possibility of a pursuit." 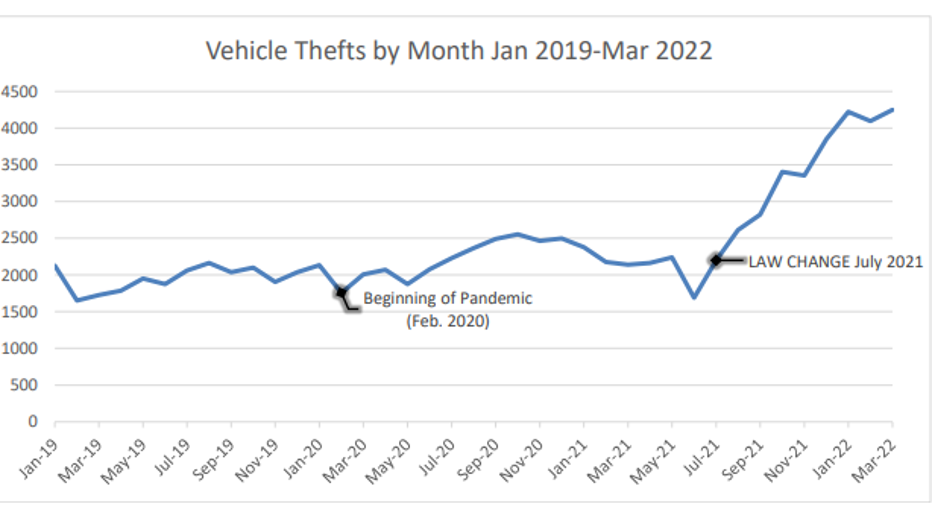 Vehicle thefts in Washington since Jan. 2019, with annotations made by WASPC.

"I have never seen criminals as emboldened as they are now," said Strachan. "Our mayors, law enforcement, and the community asked for help, and the legislature made the specific decision to continue to allow for brazen contempt for the law. No one wants more pursuits, which are inherently dangerous, but current law has created an atmosphere of flouting the law even on simple traffic stops. This is one example of a change in atmosphere that is, and will continue to be, unacceptable and dangerous to public safety. Fleeing in a vehicle should not be a get-out-of-jail-free card."

WASPC is pleased with the changes made to policing laws in the 2022 legislative session, but says other needed changes were not made. The law most pertinent to their point, Senate Bill 5919, passed the House and Senate but was not adopted before the session ended on March 10.

The cluster of budget hotels in South Tacoma near where a woman was gunned down early Tuesday morning has become an outsized crime magnet for the city, according to data reviewed by FOX 13 News.