When the right words don't come to mind, sometimes the right chord can tell the story.  That certainly rings true for 14-year-old KJ Swider.  KJ has autism and was non-verbal until he was 9-years-old.  Like many people on the autism spectrum, he struggles with communication.  But when you put a guitar in his hands, KJ finds his voice. 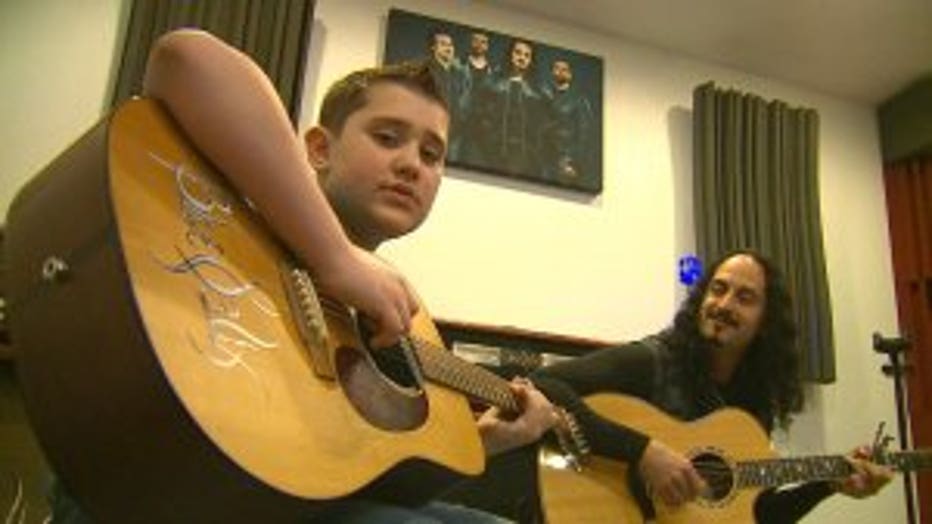 "With music, autistic children have this tendency to latch on and comprehend everything that's going on," said Sami Chohfi, a singer-songwriter who is also KJ's music teacher.

Chohfi remembers trying to fit in as a kid and impress other people.  Now years later and inspired by his student and others who see the world through a different lens, Chohfi wrote a song called "It's Just Me".

"The song is about being proud of who you are and accepting you for all the greatness you can achieve," said Chohfi.

Music is a universal language and for people living with Autism it's also a form of therapy.  Research has shown music can improve behavior and reduce anxiety.  It can give a voice to people who often feel misunderstood.

For Kj, music is healing.

"It's given him a sense of purpose and connection with other people," said Adrienne Swider, KJ's mom.  "It's really exciting to watch him interact."

Recently KJ picked up the drums and quickly found his beat. 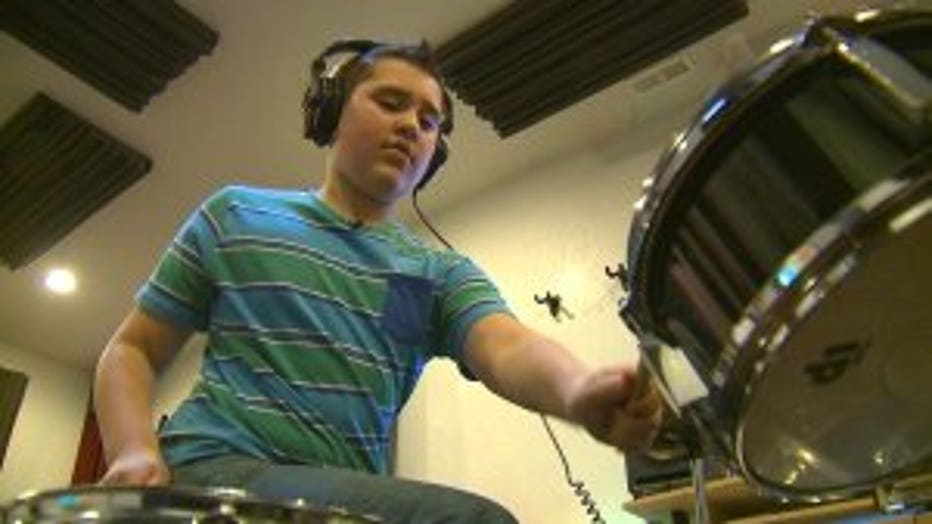 "When you watch him play you can see the look of love and joy in his face," said Chohfi.

For a young musician who is still learning... he also has a lot to teach.

KJ's mom, Adrienne says she's proud of her son and excited by the connection he has found in music.  She also hopes it reminds people to focus on what people with autism can do rather than what they can't do.

In addition to teaching music, Sami Chohfi is also part of the band Blue Helix.  Recently the band released new music with a message of anti-bullying.