According to authorities, the man was crossing a railroad track on Friday, July 29 around 12:20 a.m. He was struck by a train and killed.

Since then, forensics detectives have been trying to identify the man, who was not carrying any identification items at the time of his death. Mount Vernon Police released a forensic sketch based off scene data, but note the man may look slightly different. 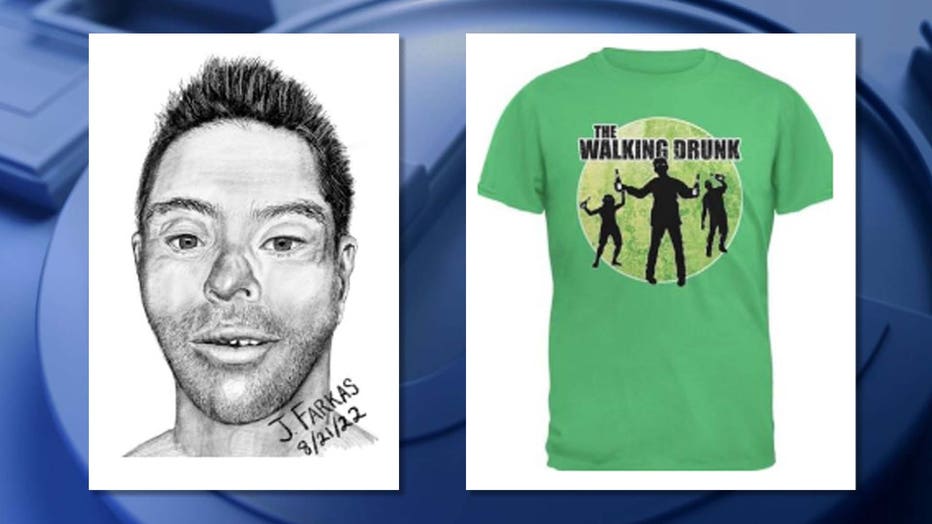 Police say the man was wearing dark running pants, a dark long-sleeved shirt and a neon green shirt reading "The Walking Drunk." He had medium complexion, short black hair, stood between 5'6"–5'8" and weighed 160 pounds, and is believed to have been in his 30s.

It is also believed the man had consistent, routine dental care and appears to have had a major shoulder surgery at some point.

Police have been unable to identify the man yet, and are asking the public for help. Once the man's identity is confirmed, the police will not issue any statement until his family and next of kin are notified.