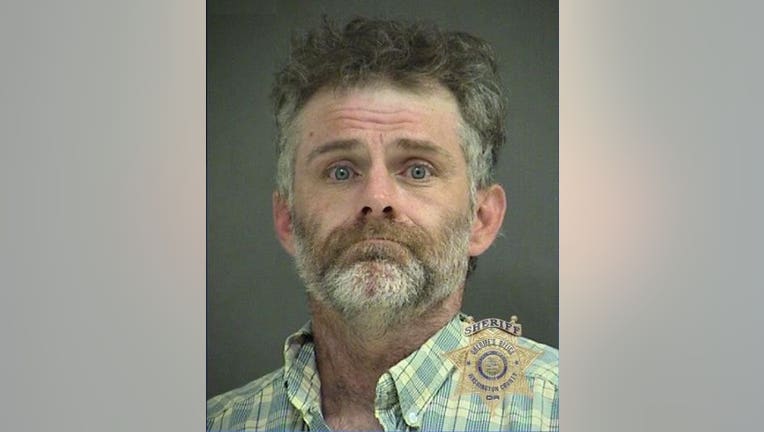 BANKS, Ore. -- Authorities say a Hillsboro, Oregon, man has been after hiding inside a woman's car for hours and forcing her back inside when she tried to escape.

The Oregonian/OregonLive reports that Lawrence Alan Roland, 43, was jailed on suspicion of first-degree kidnapping and menacing. He remains in custody.

The Washington County Sheriff's Office said deputies serving the small city of Banks responded Tuesday morning to reports of a man trying to force a woman inside a car.

The woman told deputies the suspect had been hiding in her car for hours and didn't make himself known to her until after she dropped her child at school.