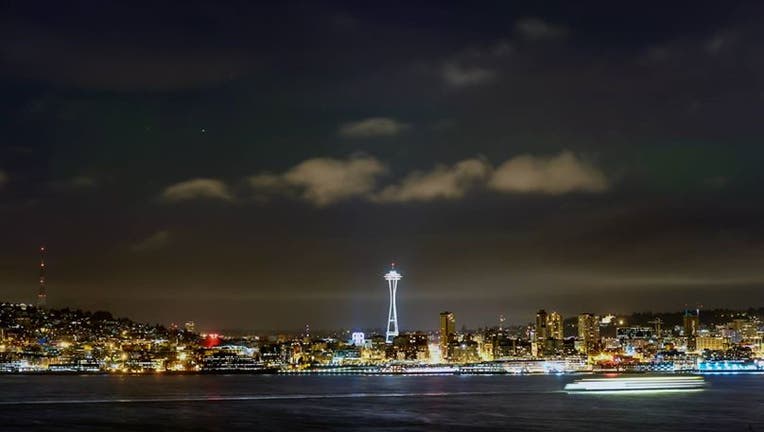 Northern Lights: A Washington State Ferry streaks across Elliott Bay as a faint but visible Aurora Borealis makes an appearance over Seattle Feb 18th 2014. No wonder they call us “The Emerald City”. From Tim Durkin.

SEATTLE -- We've all heard stories of the beautiful Northern Lights. But to see them here in Seattle? It's a special occasion.

The Northern Lights were visible over Seattle last night, as snapped in this great picture from local photographer Tim Durkan. Greg in Hansville also managed to grab a picture of the naturally occurring phenomena.

The lights are the side affect of collisions between electrically charged particles from when they sun that enter the earth's atmosphere. They are usually seen close to the magnetic poles of the northern and southern hemisphere, and appear in many colors, from shades of red, to yellow, green and blue. The most common auroral color, a pale yellowish-green, is produced by oxygen molecules located about 60 miles above the earth.

Rare, all-red auroras are produced by high-altitude oxygen, at heights of up to 200 miles. 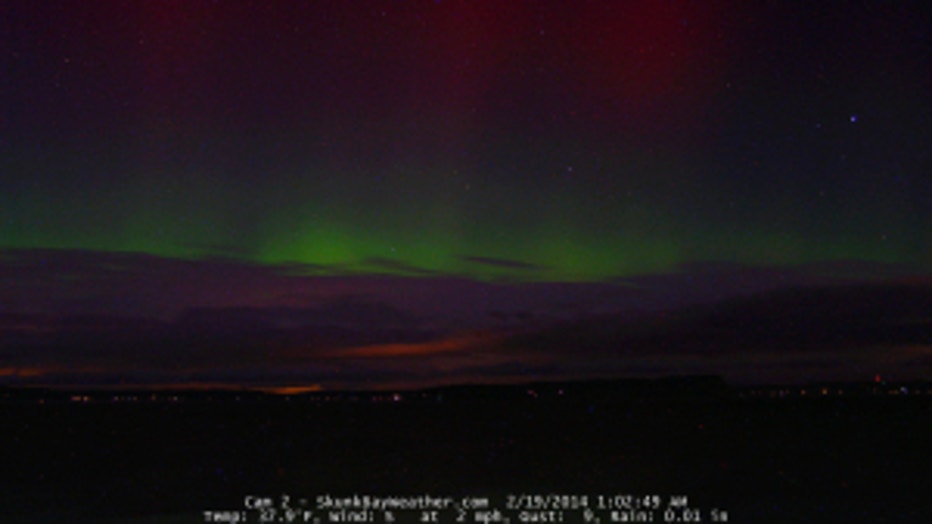 From Greg in Hansville.

The best places to see the Northern Lights are close to the magnetic poles. But, the lights can be seen as far south as Seattle, and usually best spotted in areas with little amounts of light pollution.

For those who missed out on the lights last night, it's doubtful you'll be able to see them again tonight. Judging by a map on the website that tracks the extent of the lights, it looks like they'll only make it as far south as Vancouver B.C. tonight.

And for those on our Facebook page who commented that "it's bad" to spot the Northern Lights so far south... NO! The lights are natural, and it's a treat to see them this far south, and usually just a signal of a big solar flare.

But what's a little cellphone interruption for this gorgeous show? 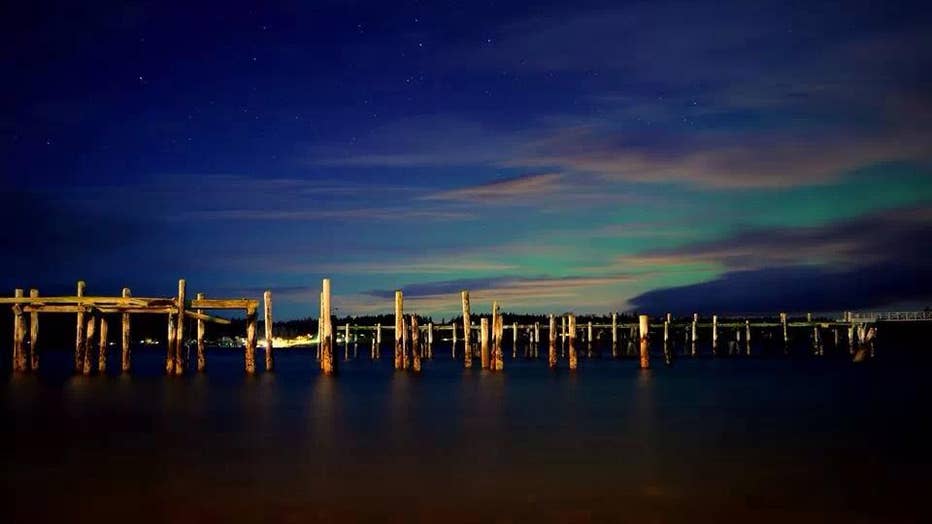