The Defense Department has dragged its feet on protecting service personnel from "forever chemicals" at military installations and isn't doing enough to track health effects from exposure to the toxic compounds, according to an internal audit.

Officials have taken steps to find and clean groundwater contaminated with firefighting foam containing PFAS, or perfluoroalkyl and polyfluoroalkyl substances, the department's inspector general found. But its recently released report said the Pentagon has fallen short on dealing with other sources of the chemicals as its rules require.

It also found that despite plans to test military firefighters' blood for PFAS this year as required by Congress, officials have no plan for tracking and analyzing results on a department-wide basis.

The department "is missing an opportunity to capture comprehensive PFAS exposure data for DoD firefighters to be used for risk management, including future studies to assess significant long‑term health effects relating to PFAS," according to the audit, which is dated July 22. 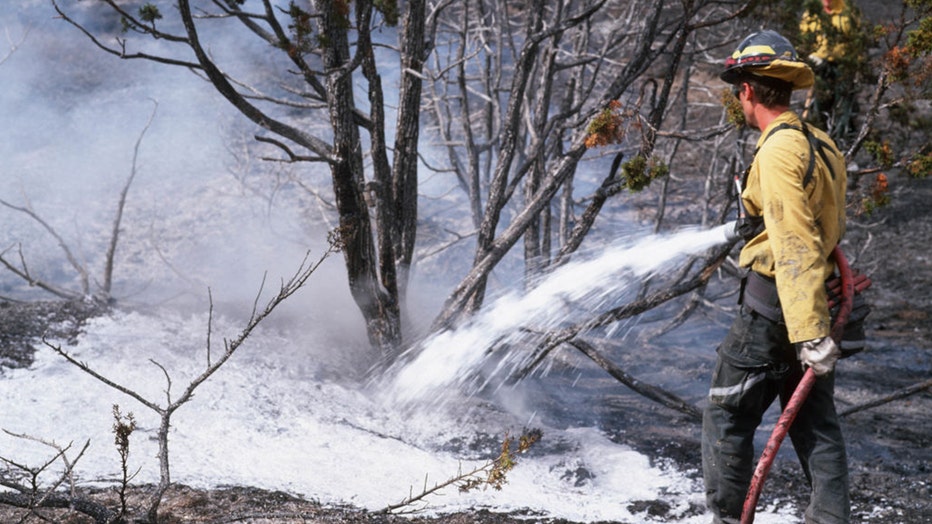 The report included responses from two assistant secretaries of defense who largely agreed with the findings and promised to address them. The inspector general said the case will remain open until its recommendations are carried out.

"This inspector general’s report confirms that the Defense Department must urgently do more to protect service members and their families from PFAS chemicals," Rep. Dan Kildee, a Michigan Democrat and co-chairman of the Congressional PFAS Task Force, said Tuesday.

Public health studies on exposed populations have associated the chemicals with an array of health problems, including some cancers, weakened immunity and low birth weight. Widespread testing in recent years has found high levels of PFAS in many public water systems. They're called "forever chemicals" because they don't degrade in the environment.

PFAS substances have been found in groundwater on or near more than 300 military bases, according to the nonprofit Environmental Working Group.

Military crews began using foam containing PFAS to extinguish petroleum-based fires in the 1970s, the audit said. The Pentagon was informed in 2000 that leading manufacturers were phasing out products, including foam, made with some of the chemicals after one was found to be toxic and to build up in blood over time.

Yet the department waited until 2011 to issue an alert and took an additional five years to list risk-management actions such as preventing uncontrolled releases of the foam during training and removal where practical, according to the audit.

"Some of highest detections anywhere in the world been found in groundwater" at military installations, said Scott Faber, the Environmental Working Group's senior vice president for government affairs. That means personnel "were drinking extraordinarily polluted water for much longer than they should have been, in violation of the department's own policies."

In recent years, the Pentagon has tested wells and groundwater at bases for two widely used PFAS chemicals and begun removing foam containing one of them from its stockpiles, the audit said.

But aside from firefighting foam, the department hasn't addressed potential pollution from other PFAS-containing materials as its rules require, the report said.

"As a result, people and the environment may continue to be exposed to preventable risks," it said.

In comments attached to the report, acting Assistant Secretary of Defense for Sustainment Paul Cramer said risk management options for PFAS-containing materials other than foam would be developed by early 2022.

Responding to the audit's call for tracking and analyzing blood test results to monitor long-term health effects, acting Assistant Secretary of Defense for Readiness Thomas Constable said data would be shared with the National Institute for Occupational Safety and Health to assist a study on cancer among firefighters.

Additionally, the department will analyze PFAS serum lab results at the Navy and Marine Corps Public Health Center and develop exposure limits, which will take more than four years, he said.