AUBURN, Wash. -- A local veteran from Auburn who will take part in the New York City Veterans Day Parade on Sunday, November 11th hopes that his story will help other veterans like him, who were hurt while serving their country.

Retired Staff Sergeant George Cloy, who was severely hurt by a mortar blast in Iraq eleven years ago, says walking the parade route may get the word out to others, that there’s help out there if you’re recovering from injuries suffered in military service.

He landed on his back and hit his head and hurt his spine.  Over time, he started suffering from severe migraines and forgetfulness.  The memory problems left him feeling frustrated and angry.

Then he heard about a program at the Health Medical Center of the University of California Los Angeles called “Operation Mend.”  He found out from the Wounded Warrior Project, Operation Mend was an intensive treatment program for traumatic brain injury and post-traumatic stress.  So he called for help.

“I was apprehensive about going to Operation Mend because it was new and I only knew a little bit about it,” he said.  “But after speaking to people on the phone and getting more information and learning more about it, I was invited to be a part of it.  And it was a great program.  They helped me to get a better understanding of what I went through and how to deal with some of the things I was facing.”

At UCLA, doctors provided the diagnosis he had always suspected but never confirmed.  He was suffering from traumatic brain injury.

But Cloy’s medical problems were not something he really thought about during his two deployments to Iraq.  He says he was just happy to be serving and paying close attention to the goals of the Army in Iraq.  It's something he humbly explained, as he sat near several of the medallions and certificates of recognition he earned, while serving in Operation Iraqi Freedom, in the 445th Quartermaster Company and in Task Force Lightning, whose motto is "Any time, Anywhere."

“When you’re over there serving, you’re doing so much, you don’t really have time to think about or worry about the things at home,” he said.  “You just focus on your soldiers and the mission.  And that’s what we did.” 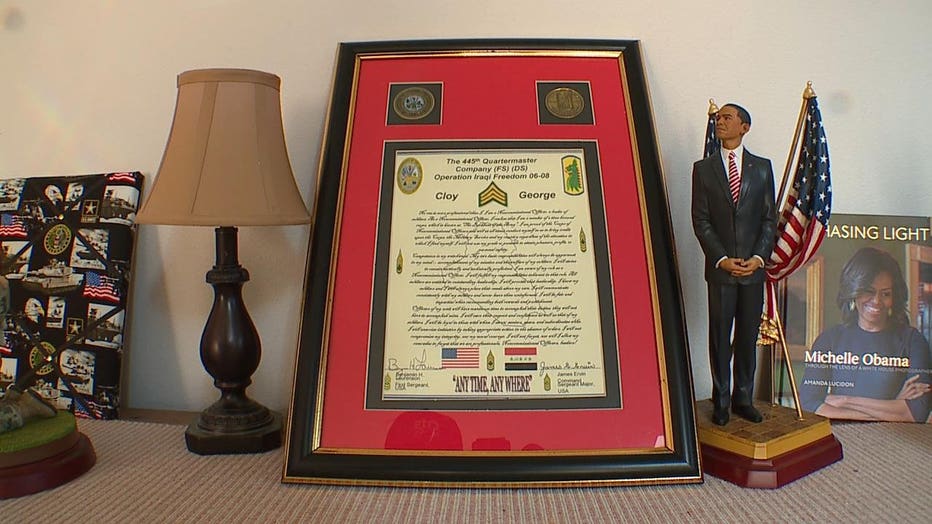 But after learning more about his own medical problems, he was able to get help.  It’s something he hopes that other wounded soldiers will seek, as well.

“At first I was a little hesitant because I did not know if Operation Mend could help, but I feel my outcome was great,” said Cloy.  “It was very beneficial to me to get a diagnosis and a treatment plan.”

But he says he understands the reluctance of other veterans to get help.

“It’s really kind of hard to explain, because veterans in general are kind of a tight community,”  he said.  “They don’t really reach out a lot.  A lot of them kind of keep to themselves.  There is a lot of service and programs out there, but it takes someone a while to get tapped into those programs.

That’s one reason he’s agreed to be in the parade, along with others in the Operation Mend program.  To help get the word out there that there is help for those who need it.

“I’m looking forward to representing Operation Mend because it has helped me,” said Cloy. “I want people to know if they’re having issues related to combat they would be doing themselves an injustice if they did not look into Operation Mend and give it a chance.”

Cloy will fly to New York from Seattle on Wednesday, November 7th.  This is the eighth year UCLA Operation Mend patients, family members, doctors, staff and supporters have participated in the parade.

“It’s truly an honor for us to walk in the New York City Veterans Day parade with our patients and their families who sacrificed so much for our country,” said Troy Simon, executive director, Operation Mend, UCLA Health Military and Veteran Health Programs in a released statement.

Cities around the nation, including Auburn, Washington, will hold Veterans Day parades on the 11th, to honor U.S. military veterans. The biggest parade of all is expected to be in New York City, where about 30,000 participants, cheered on by hundreds of thousands of spectators, will march along a 1.2-mile route up Fifth Avenue.

The New York City Veterans Day Parade is produced by the United War Veterans Council.  Its purpose is to honor the service of veterans and to salute currently serving military.  This year’s Parade commemorates the centennial of the end of World War I (from 1918 to 2018). 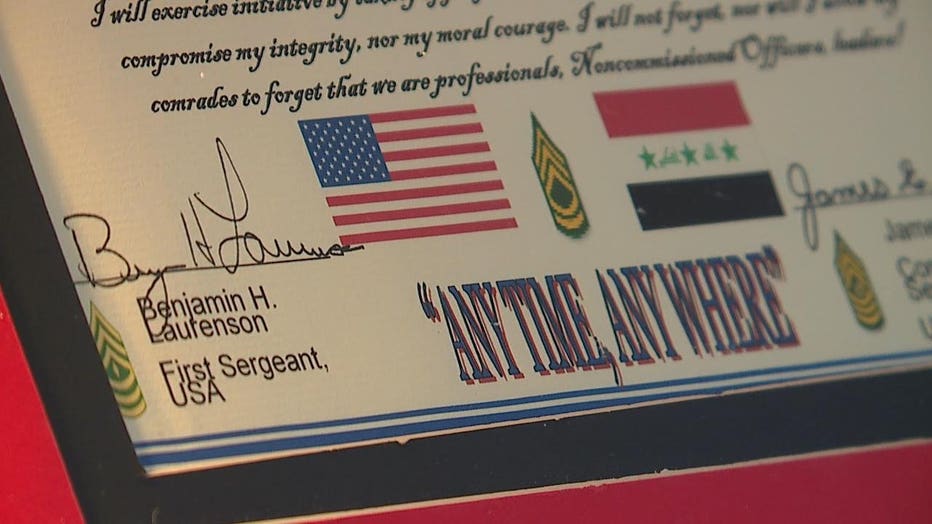 Cloy is just one of a handful of people from Washington going to the parade in New York.

“That means a lot.  It’s a chance for me to be a part of something I didn’t ever think I would and at the same time I get to represent my country in a different way.  So I’m looking forward to that.”

He’ll be in the parade with a fellow veteran he met through the Operation Mend program.

“When I went there, I didn’t know anybody.  And I met another person that was from a different part of the state and we bonded and became friends.  That’s kind of like what you do as a soldier.

Despite the severe injures he’s suffered, Cloy says he’s proud of his service to his country and glad he was able to serve his nation.

“I did my 20-plus years and I’m happy to say I had a great career,”  he said.  “If I had the chance, I’d do it all over again.  It was an honor to serve my country and be a part of something that was bigger than myself.”

And it’ll be the first time he’s ever been to a Veterans Day Parade.

“And I can’t think of a better way to honor and support my county.  It’s my way to give back in a different way.  I’m no longer in the military service.  But this, to me, is one of the most honorable things that I could be asked to do and I’m really looking forward to participating.”