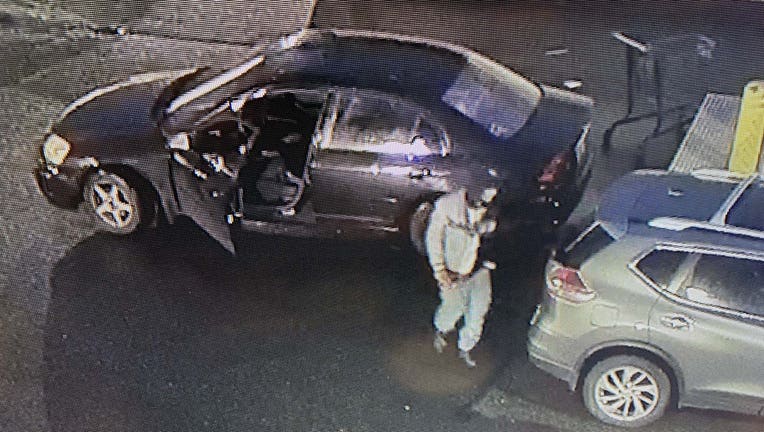 AUBURN, Wash. - Auburn Police need help identifying a suspect who smashed out the windows of a car.

Authorities say a man drove behind a business, then walked up to a parked car and smashed out three of its windows. Police did not specify where this happened or if anything led up to this incident.

The suspect is described as wearing a two-tone gray and black Raiders jacket, and was seen driving off in an early 2000s black Honda Civic.

Anyone with information on the suspect, vehicle or incident is asked to call the police tip line at (253) 288-7403.