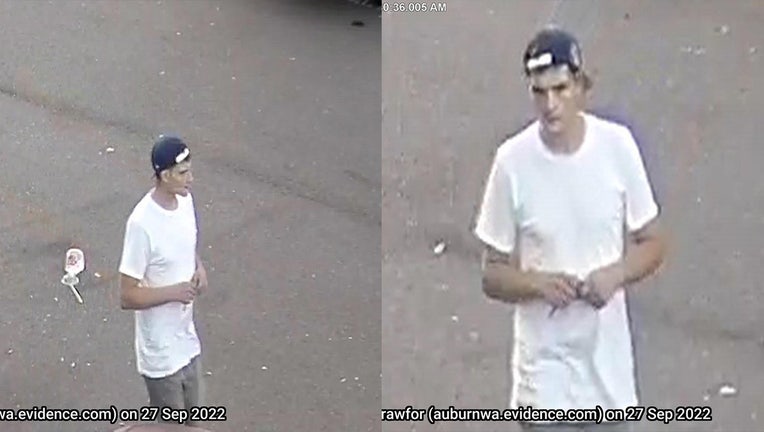 AUBURN, Wash. - Police are asking for the public’s help in identifying a man who stole a car in Auburn last weekend.

According to surveillance camera footage provided by the Auburn Police Department (APD), the suspect stole a vehicle just before 8:00 a.m. on Saturday, Sept. 24.

The suspect appears to be a white man with a slim build and short dark hair. At the time of the incident, he was seen wearing a blue and white snapback hat, a plain white T-shirt and grey pants.

Anyone with information about the incident or the suspect is asked to contact the APD Tip Line at 253-288-7403.