AUBURN, Wash. - An Auburn police officer with a long history of using force, including three fatal shootings, was charged with murder and assault Thursday for one of those killings, the first case brought against an officer since Washington voters made it easier to prosecute police for using deadly force.

Auburn Police Officer Jeff Nelson, an Iraq war veteran who joined the department in 2008, shot and killed Jesse Sarey, 26, outside a convenience store last year while trying to arrest him for disorderly conduct in an interaction that lasted just 67 seconds.

King County Prosecutor Dan Satterberg said Thursday that Nelson escalated the situation with Sarey, failed to wait for backup before confronting him, and that the level of force he used was unreasonable: Nelson repeatedly punched Sarey in the head after grappling with him, shot him once in the upper abdomen and then, as the wounded Sarey reclined on the ground about 7 feet away, Nelson cleared a jammed round out of his gun, glanced at a nearby witness, turned back to Sarey and fired again into Sarey’s forehead. 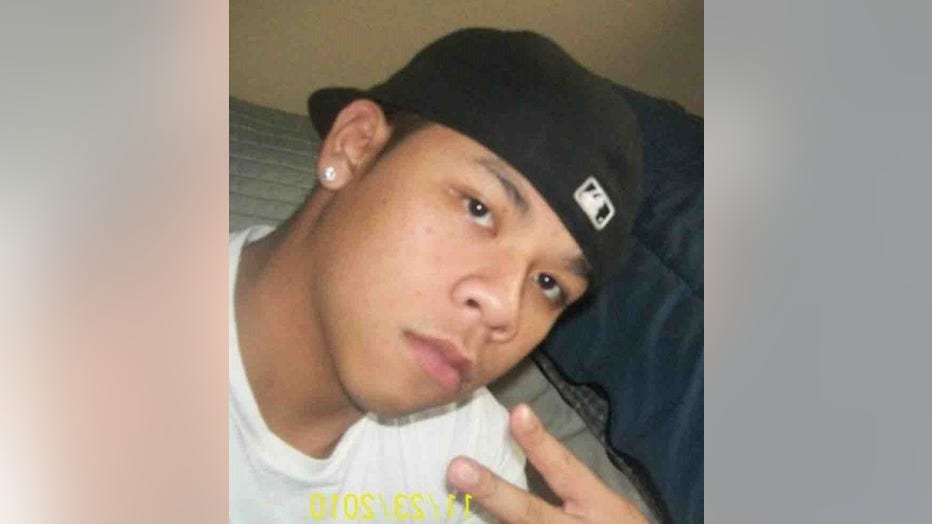 Sarey reached for Nelson’s gun at one point in the struggle, but there was no indication he was armed when Nelson shot him — contrary to statements Nelson made afterward in which he said Sarey had grabbed a utility knife from Nelson’s pocket, prosecutors wrote in charging documents filed in King County Superior Court. Nelson also claimed Sarey was kneeling and in position to attack when he fired the second shot — a claim disproved by video evidence and a witness statement, prosecutors said.

“Officer Nelson created the very situation that brought about his use of deadly force,” special deputy prosecutor Mark Larson wrote.

After shooting him, Nelson knelt on the sidewalk beside Sarey without rendering first aid, prosecutors wrote. Backup officers who arrived two minutes later were able to restore Sarey’s pulse, but he died at a hospital. Sarey was found to have methamphetamine in his system.

Nelson’s attorney, Alan Harvey, did not immediately return an email seeking comment. The government of Auburn, a city of 82,000 between Seattle and Tacoma, issued a statement saying it could not comment on the case, but expressing sympathy for the Sarey family.

“We, the City of Auburn, acknowledge that this is an important time to do internal work and reflection coupled with community engagement,” the statement read.

The case is the first filed against an officer since voters in Washington passed legislation in 2019, which was amended by the Legislature, that makes it easier to prosecute police for using deadly force. Previously, prosecutors had to prove the officer acted with malice — an almost impossible standard, and one no other state had. Under the new law, prosecutors must demonstrate that another officer acting reasonably would not have found deadly force necessary.

Satterberg said prosecutors had experts sync up surveillance video from nearby businesses with audio and video recorded by the recording system in Nelson’s patrol car to understand what happened. Prosecutors also retained policing experts to review the case, and they agreed the deadly force was not necessary.

Nelson’s repeated uses of force — at least 65 times since 2012, many of them instances where he sicced his dog on a suspect, according to court records — have been questioned in other cases. In a settlement announced separately Thursday, the city of Auburn agreed to pay $1.25 million to the family of a different man killed by Nelson, Isaiah Obet, even though the Auburn Police Department had recently defended Nelson’s actions in that case.

Obet had been reportedly breaking into houses and attempting to carry out a carjacking with a knife when Nelson confronted him in 2017. Nelson released his police dog, which bit Obet, and then shot him in the torso. Obet, on the ground and still fighting off the police dog, started to try to get back up, and Nelson shot him again, in the head, police said.

Lawyers for Obet’s family said he posed no threat to anyone when he was shot. But in a statement on its Facebook page in June, after the family sued, the police department disagreed.

“If Officer Nelson had not acted that day to protect the community, there could have been additional victims,” Auburn Police Chief Dan O’Neil said.

Nelson also shot and killed Brian Scaman, a Vietnam veteran with mental issues and a history of felonies including possession of stolen property, in 2011 after pulling Scaman over for a burned-out headlight. Scaman got out of his car with a knife and refused to drop it.

In another case, Nelson used his patrol car in 2018 to strike Joseph Loren Allen, a man suspected of being a felon in possession of a firearm who was running away from police. At the time Nelson struck him, pinning him against a fence and breaking both his ankles, Allen was neither armed nor posing a threat to anyone, his lawyer argued.

In asking the court for a lenient sentence, Allen’s attorney, Mohammad Hamoudi, compiled a document summarizing what he described as Nelson’s rampant use of force. It included about three dozen times between 2012 and 2018 when Nelson sent his police dog after suspects and about a dozen times when he used neck restraint holds to render suspects unconscious.

In one 2014 case, Nelson was recorded asking another officer, “Are you ready to (expletive) this guy up?” before using a Taser and chokehold on a jaywalker who began cursing at them. He was reportedly disciplined for that.

Hamoudi argued that while Nelson had been a decorated member of the military, the rules of engagement were different in Iraq than they are in Auburn.

“The records show that Nelson has a penchant towards violence and that the Auburn Police Department has been aware of it for some time,” Hamoudi wrote.