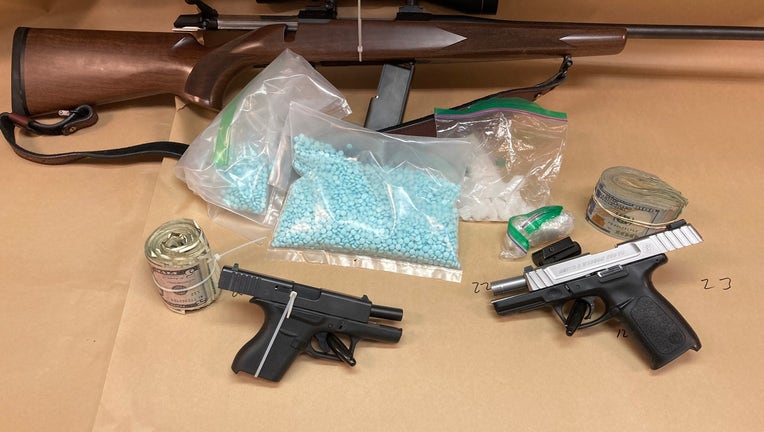 AUBURN, Wash. - Police arrested a suspect earlier this week, and recovered guns, drugs, and cash after searching their home in South Auburn.

According to the Auburn Police Department (APD), detectives were able to establish probable cause to search a suspect's home. After obtaining a warrant, detectives found 5,337 fentanyl pills, 22.5 grams of fentanyl powder, two ounces of meth, 22.9 grams of cocaine, two handguns, a scoped rifle and about $7,000 in cash.

Details about the suspect are limited at this time, but the APD confirms that they have been arrested.

Detectives are now trying to figure out where the suspect got all of these drugs.

This is a developing story as the investigation continues.

Details will be provided as soon as they become available.