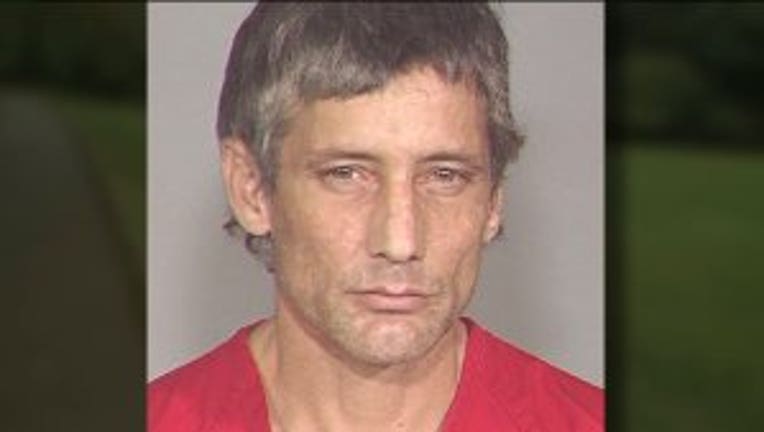 Police said he was on a bus and told a fellow rider that he was wanted by police for impersonating a cop. When they got off the bus, the passenger called 911 and reported what he heard. Auburn police located Purdy, who lied about his name, but they identified him with a photo from a Seattle police bulletin. At that point, Purdy reportedly confessed to being the person police were looking for.

Police said Purdy, who also goes by the name Tracy Byers, approached his victims and identified himself as a law enforcement officer, he would then ask for their wallet or purse and palms their credit cards and cash. He would then return the wallet or purse and order the victims out of the park. It wasn't until after their interaction with Purdy that the victims realized they had been robbed.

No weapon was used in the incidents and no one was hurt.

There have been three incidents in Volunteer Park and the latest incident took place Feb. 10 in Woodland Park near Green Lake. Police contend Purdy showed a gold badge and directed his victim's attention to a box filled with pornography and then robbed him.

"It's a trust factor. When you see someone comes up, shows a badge, shows you ID, you don't know that you're not dealing with the legitimate police and then to do what he's done, this is unbelievable,” Crime Stoppers of Puget Sound executive director Myrle Carner said.

The problem is that most people wouldn't know if a badge and ID are real or fake.

"If it's from Seattle police, for example, it has Seattle Police (on it), it has their number, it's signed by the chief.  It's legitimate and the badge is legitimate,” Carner said. But "this is a guy that's dangerous. If he's willing to impersonate a police officer,  who knows what he's willing to do?”

Carner added that if an undercover officer shows you a badge, you have the right to look at it closely and if you’re still uncomfortable, you should call 911 and wait for an uniformed officer to arrive.