An attempted burglary suspect is dead after a trailer fire in Pierce County.

UNIVERSITY PLACE, Wash. - Detectives are investigating after an attempted burglary suspect died in a trailer fire in University Place on Sunday night.

After 7:30 p.m., Fircrest police responded to a report of a burglary underway. The homeowner called 911 to report seeing a man tried to push his way into their house and then ran into the woods.

According to the Pierce County Sheriff’s Department, University Place police responded and searched the area for the suspect. Investigators said the suspect was reportedly in his underwear during the time of the attempted burglary.

A deputy found the man on a property and saw him breaking into a horse trailer. But as the deputy was waiting for backup, smoke was seen coming from inside the trailer. 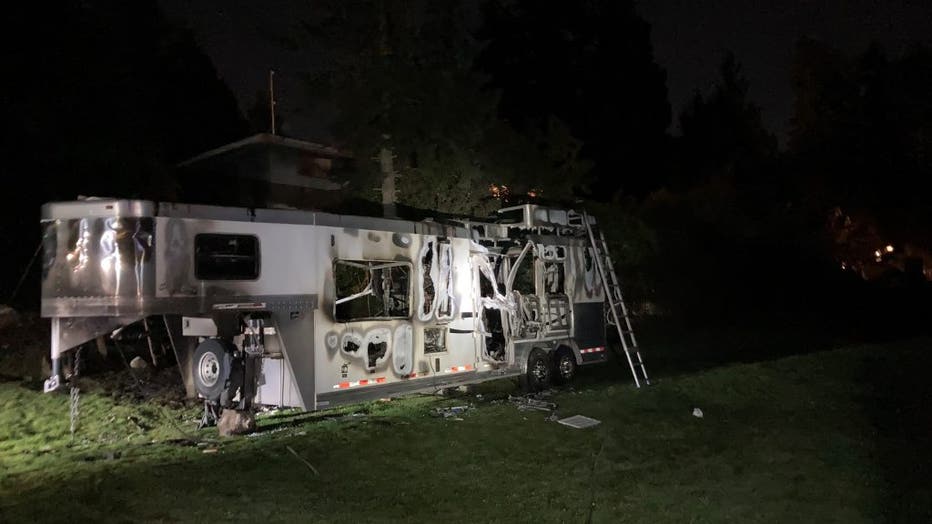 Deputies told the suspect to come out but he stayed inside.

Firefighters from West Pierce responded to the scene and put out the fire.

The suspect was found dead inside the trailer, deputies said.

The identity of the suspect has not been released.