SOCHI, Russia — He had grown weary of the sportsmanlike platitudes and calm explanations. He had just spent 15 minutes discussing the most stunning upset of his career with a steady stare, and enough was enough. 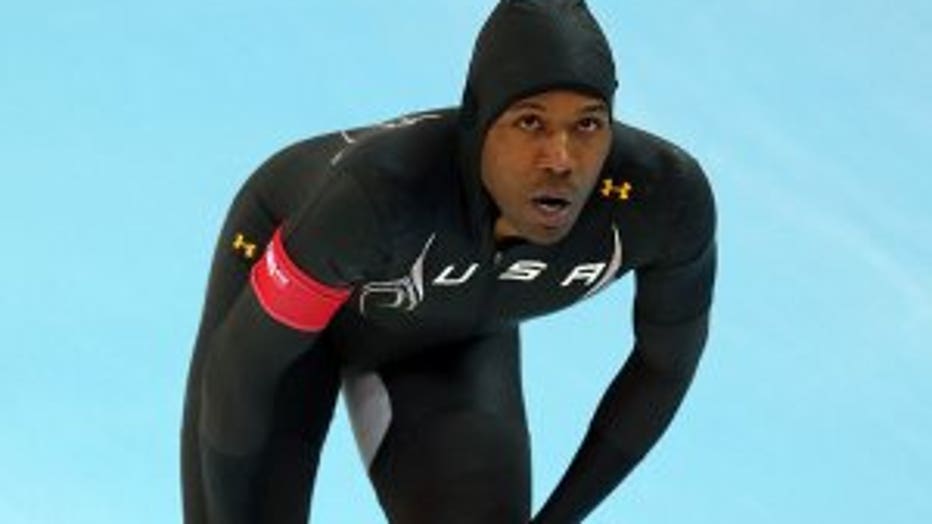 Shani Davis catches his breath after competing in the speedskating 1,000 meters at the Sochi Winter Olympic Games on Wednesday. Davis' eighth-place finish is just one of several disappointing performances by Americans in the first week of the Games.

In front of a handful of remaining reporters, he seethed.

Davis was speaking of his eighth-place finish in a 1,000-meter event that he was trying to win for a third consecutive Olympics, but he could have been speaking for many of his fellow American athletes.

After six days of competition, despite being allegedly ready for this, the U.S. team is getting the hind parts of its snow pants kicked.

The U.S. team is so bad, we've gone eight paragraphs into this story and still not mentioned the biggest loser of all, snowboarder Shaun White, who finished fourth in the halfpipe after dominating the event the last two Olympics. Maybe he's rethinking that haircut. Maybe he's wondering why he backed out of the new slopestyle event. You say Flying Tomato, we say Ketchup.

Lindsey Van, the skier who was supposedly but one vowel and consonant from making us forget about injured skier Lindsey Vonn, finished 15th in ski jumping. J.R. Celski, the heir apparent to popular Apolo Ohno in short-track speedskating, was more like, "Oh why?" when he was bumped and finished fourth in the 1,500-meter final.

The women's curling team gave up an Olympic-record seven points in one end during a 12-3 loss to Britain that was stopped early because of curling's version of the mercy rule, after which they all had juice boxes and snacks. The U.S. figure skating team finished third in the new team competition but, thanks to invective-flinging Ashley Wagner, has changed the name of the cool-down area to "The Curse and Cry."

And, of course, two days after American bobsledder Johnny Quinn famously smashed his way out of a stuck bathroom door, he was trapped in an elevator.

"No one is going to believe this," Quinn tweeted.

In Vancouver in 2010, the U.S. won a record 37 medals to lead all nations. Almost halfway through these Olympics, America has won only nine to rank fourth overall. Of the three U.S. gold medals, all have come from snowboarders, and only one was in a sport that isn't making its debut in these Games.

It figures that the most inspirational finish occurred in women's luge, in which Erin Hamlin's bronze was the first U.S. luge singles medal in Olympic history. The American effort is sliding and skidding downhill fast.

"This is terrible because as an American, this is where I 'bank' in," said Davis of an Olympics in which many athletes have one shot to commercially capitalize on years of hard work. "If I would have won this race, who knows the possibilities? I know the possibilities now that won't be there because I didn't, and I'll have to live with this the rest of my life."

The next 11 days hold little hope for salvation. The U.S. is not favored in the men's hockey tournament and not a sure thing in the women's. It is not expected to medal in either men's or women's figure skating. The only gold certainty seems to be the ice dancing duo of Meryl Davis and Charlie White, which would be cool, if anybody could actually appreciate a figure skating discipline in which one is not allowed to jump.

The easy explanation for this hardware drought has always been that the U.S. is simply not a winter sports country. But the medal haul in Vancouver proved that we can be whatever we want to be. This year's group appears to be caught in that familiar losing vacuum between aging superstars and kids who aren't quite ready.