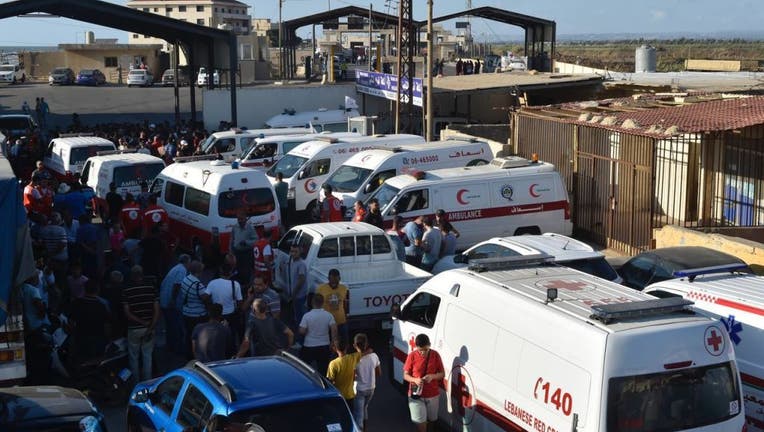 Lebanese people gather at the Syrian border to retrieve the bodies of their deceased relatives those who lost their lives after a migrant boat sank off the coast of Syria as the death toll has risen to 71 in Arida, Lebanon on September 23, 2022. (Pho

ARIDA BORDER CROSSING, Lebanon (AP) - At least 77 people were killed when a boat carrying migrants sank off Syria this week, the country’s health minister said Friday, amid fears the death toll could be far higher.

The incident was deadliest so far as a surging number of Lebanese, Syrians, and Palestinians have been trying to flee crisis-hit Lebanon by sea for a better future in Europe. Tens of thousands have lost their jobs while the Lebanese pound has dropped more than 90% in value, eradicating the purchasing power of thousands of families that now live in extreme poverty.

Syrian authorities said victims’ relatives have started crossing from Lebanon into Syria to help identify their loved ones and retrieve their bodies. The vessel left Lebanon on Tuesday and news of what happened first started to emerge on Thursday afternoon. The boat was carrying Syrian, Lebanese and Palestinians.

Syrian state-run TV quoted Health Minister Mohammed Hassan Ghabbash as saying 20 people were rescued and were being treated at al-Basel hospital in Syria’s coastal city of Tartus. He added that medical authorities have been on alert since Thursday afternoon to help in the search operations.

An official at al-Basel, speaking on condition of anonymity under regulations, told The Associated Press that eight of those rescued were in intensive care. The official also confirmed the 77 deaths. There were conflicting reports on how many people were on board the vessel when it sank, with some saying at least 120. Details about the ship, such as its size and capacity, were also not clear.

After sunset Friday, bodies of more victims, including two Palestinians, were brought to Lebanon. They were taken in seven ambulances and headed south from the Arida border crossing toward the northern city of Tripoli. 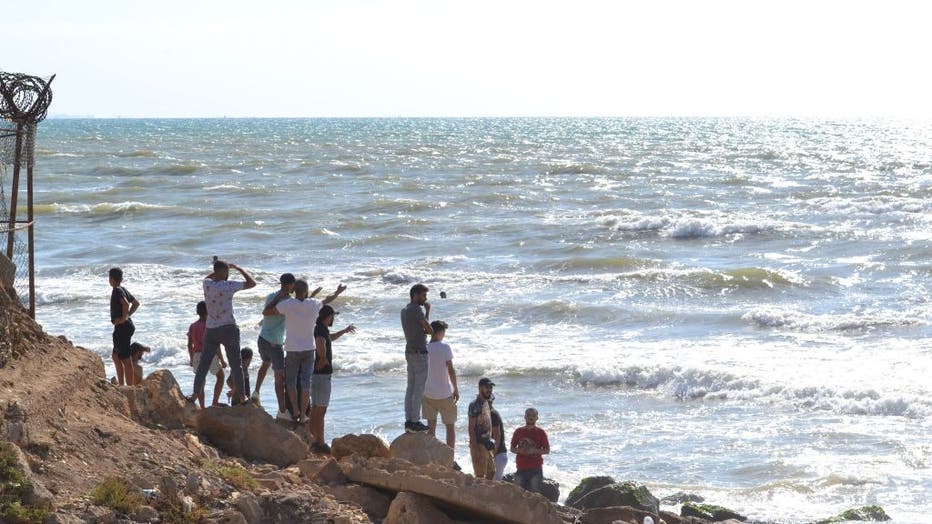 Lebanese men look towards the sea near the Arida Border Crossing with Syria, on September 23, 2022, as relatives wait for the arrival of the bodies of those drowned when a boat they boarded sank off Syria's coast. - At least 77 migrants drowned when

Earlier in the day, Tartus governor Abdul-Halim Khalil told the pro-government Sham FM Radio that the search was underway for more bodies off his country’s coast. Khalil said the boat sank on Wednesday.

Syria’s state news agency, SANA, quoted a port official as saying that 31 bodies were washed ashore while the rest were picked up by Syrian boats in a search operation that started Thursday evening.

Wissam Tellawi, one of the survivors being treated at al-Basel, lost two daughters. His wife and two sons are still missing. The bodies of his daughters, Mae and Maya, were brought to Lebanon early Friday and buried in their northern hometown of Qarqaf.

"He told me by telephone, ‘I am fine’ but the children are lost," said Tellawi’s father, who identified himself as Abu Mahmoud. The father told the local Al-Jadeed TV that his son gave smugglers the family’s apartment in return for taking him and his family to Europe.

In the aftermath of the disaster, the Lebanese army said troops stormed Friday the homes of several suspected smugglers, detaining four in the northern city of Tripoli, Lebanon’s second-largest and most impoverished. Three others were detained in the nearby village of Deir Ammar.

The military said the suspects were involved in smuggling of migrants by sea while others were planning to buy boats for the same reason.

Lebanon,— with a population of 6 million, including 1 million Syrian refugees, has been in the grips of a severe economic meltdown since late 2019 that has pulled over three-quarters of the population into poverty.

For years, it was a country that received refugees from Mideast wars and conflicts but the economic crisis, rooted in decades of corruption and mismanagement, has changed that dramatically.

Prices have been skyrocketing as a result of hyperinflation, forcing many to sell their belongings to pay for smugglers to take them to Europe as the migration intensified in recent months.

In April, a boat carrying dozens of Lebanese, Syrians and Palestinians trying to migrate by sea to Italy went down more than 5 kilometers (3 miles) from Tripoli, following a confrontation with the Lebanese navy. Dozens were killed in the incident.

On Wednesday, Lebanese officials said naval forces rescued a boat carrying 55 migrants after it faced technical problems about 11 kilometers (7 miles) off the coast of the northern region of Akkar. It said those rescued included two pregnant women and two children.