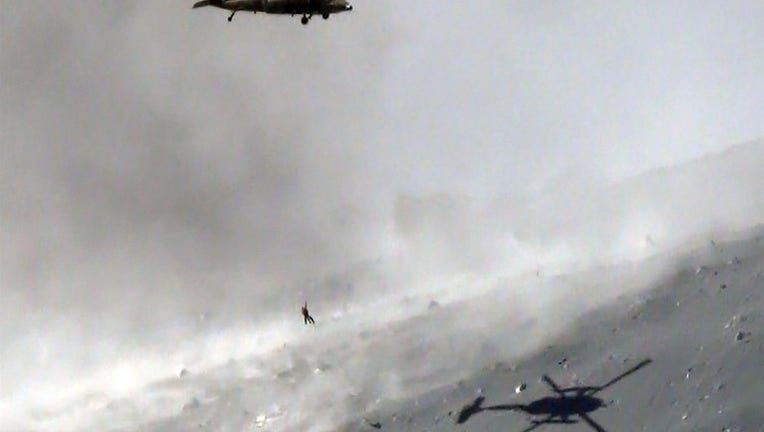 This aerial picture taken on September 28, 2014 shows a helicopter of Japan's Self Defence Force lifting a survivor from volcanic ash covered top of Mount Ontake at Nagano prefecture, one day after Japan's volcano Ontake erupted in central Japan, whi


MOUNT ONTAKE, Japan (CNN) -- At least 31 people are presumed dead after rescuers found them showing no signs of life Sunday near the summit of a Japanese volcano that started erupting a day earlier.

Police said the people were in a state of "cardiac arrest," meaning that they were discovered without a pulse and weren't breathing but hadn't been declared dead by a doctor.

Rescue teams had begun searching Sunday for dozens of climbers who were caught by the sudden eruption of Mount Ontake.

The volcano in central Japan unleashed a huge cloud of ash late Saturday morning that billowed down the mountainside and engulfed hikers in its path. Witnesses described hearing a sound like thunder when the eruption began.

The exact number of people unaccounted for was unclear, as officials were uncertain how many had already made it off the mountain.

Relatives of the missing gathered near Mount Ontake on Sunday desperately seeking information. Among them was Kiyokazu Tokoro from nearby Aichi prefecture, whose son, Yuki, was hiking on the volcano with his girlfriend.

He said he knew they were near the summit at the time of the eruption because his son's girlfriend had sent a photo to a friend minutes beforehand.

"All I can do is beg for your help to get information," he told CNN. "Please help us."

Authorities estimated there were 200 to 250 hikers in the area at the time of the eruption. Most of them were reported to have managed to make the long trek down the mountain.

But some people remained trapped in several lodges on Mount Ontake, and others were missing altogether, local authorities said.

More than 350 rescue workers -- a mix of police, firefighters and military personnel -- began climbing two separate routes up the mountain on Sunday morning, authorities in the nearby village of Otaki said.

Aside from those in cardiac arrest, more than 25 people were reported to have been injured, 10 of them seriously, according to the government of Nagano prefecture, where the volcano is situated. Helicopters ferried some injured people off the mountainside.

Among the climbers trapped in the cottages, at least 11 were injured, officials in Otaki said. They said they had observed 17-20 inches (40-50 centimeters) of volcanic ash covering the ground in some areas.

The Japan Meteorological Agency has raised the Volcanic Alert Level for Ontake from 1 to 3. That means the public is advised to not approach the volcano, the summit of which is at an altitude of 10,060 feet (3,067 meters).

The agency warned that another large eruption could take place in the next six days or so. Small continuous eruptions continued Sunday.

The volcano's plume of smoke and ash was reported to have disrupted air travel in Japan, causing delays at several airports.

Mount Ontake, the second tallest volcano in Japan, after Mount Fuji, is a popular destination for hikers, especially in the fall when the foliage's rich autumn colors are on display.

About 250 people living near the mountain have decided to remain in their homes, police said.

The last major eruption of Mount Ontake, which is about 125 miles (200 kilometers) west of Tokyo, took place in 1979, according to the Global Volcanism Program at the Smithsonian Institute.


CNN's Will Ripley reported from Mount Ontake, and Jethro Mullen reported and wrote from Hong Kong. CNN's Junko Ogura contributed to this report. 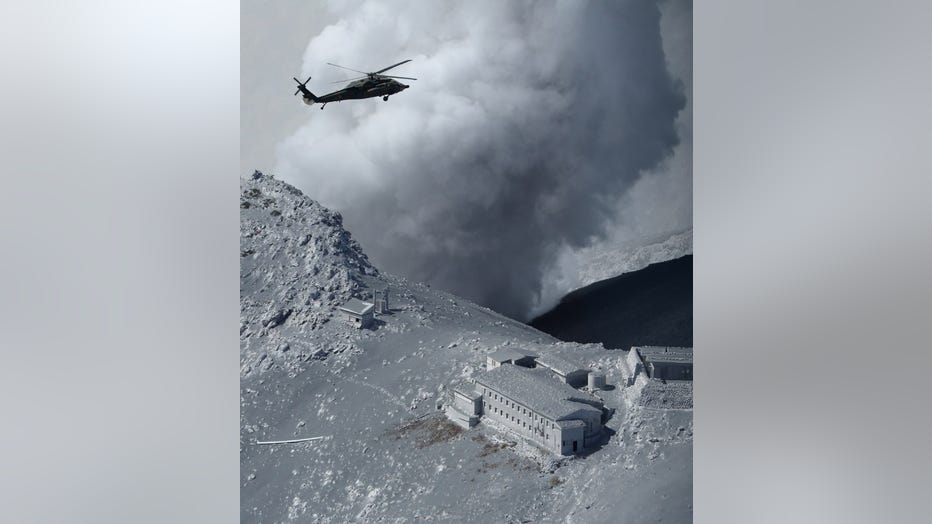