OLYMPIA, Wash. (AP) — State officials say that at least three prisoners who were erroneously released early committed crimes during the time they should have been in prison.


During a conference call with reporters Thursday, officials from the Department of Corrections could not say whether those prisoners have been re-arrested. They also didn't release specific information on the new crimes, saying they were working to confirm the information.

Corrections officials say the three are among 27 others who need to be arrested and returned to prison because of an error the agency made on calculating sentences.

Earlier this week, Gov. Jay Inslee held a news conference to discuss the mistake that has led to as many as 3,200 offenders released early since 2002. Five additional prisoners have already been re-incarcerated.

Here are the names, crimes and counties of those five who had already been re-arrested: 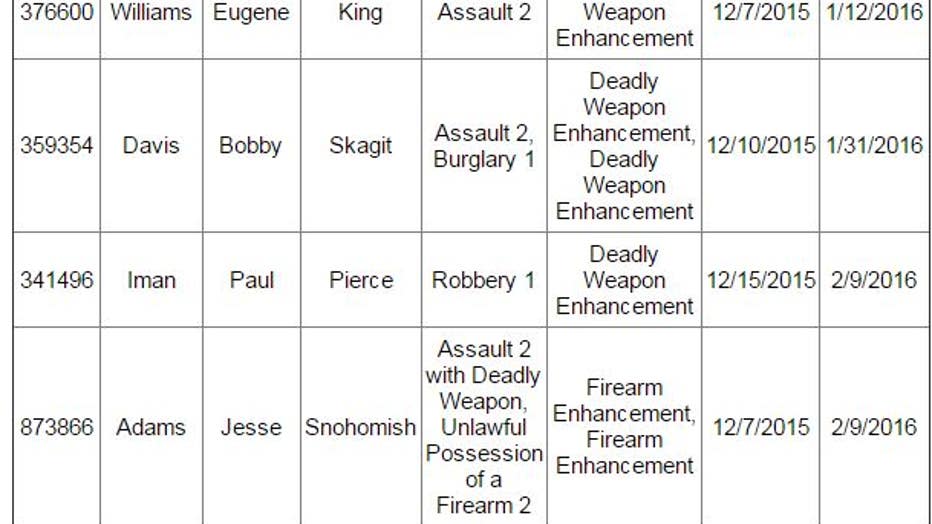