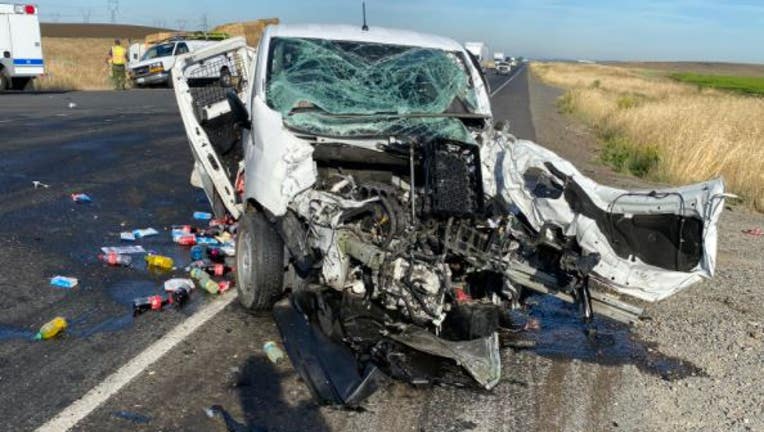 According to Washington State Patrol Trooper C. Thorson, first responders arrived at the scene on State Route 14 at milepost 179 at around 7:50 a.m. At least one person was injured in the crash, and the roadway will be completely blocked until the scene is clear. Troopers are currently working on a detour for other drivers. 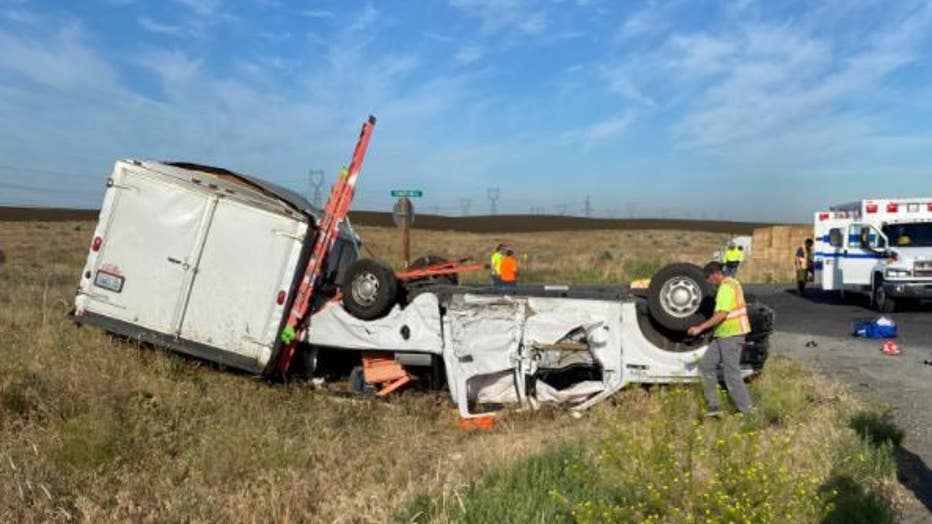 Trooper C. Thorson posted multiple photos on Twitter showing the four vehicles; a semi-truck carrying a load of hay bales off the side of the road, a four-door sedan with a smashed hood, a pickup truck with a trailer flipped upside down and a beverage hauler van with a smashed hood and windshield.

Details are limited, and more information will be provided as WSP investigates the incident.

A DUI crash in a parking lot turned into a life-saving effort by the Benton County Sheriff's Office.