NASA says that two astronauts from the U.S. and Russia are in good condition after an emergency landing in Kazakhstan following booster rocket failure minutes after the launch.  Search and rescue crews are heading to the landing site.

NASA astronaut Nick Hague and Roscosmos' Alexei Ovchinin lifted off as scheduled Thursday from the Russia-leased Baikonur cosmodrome in Kazakhstan atop a Soyuz booster rocket. 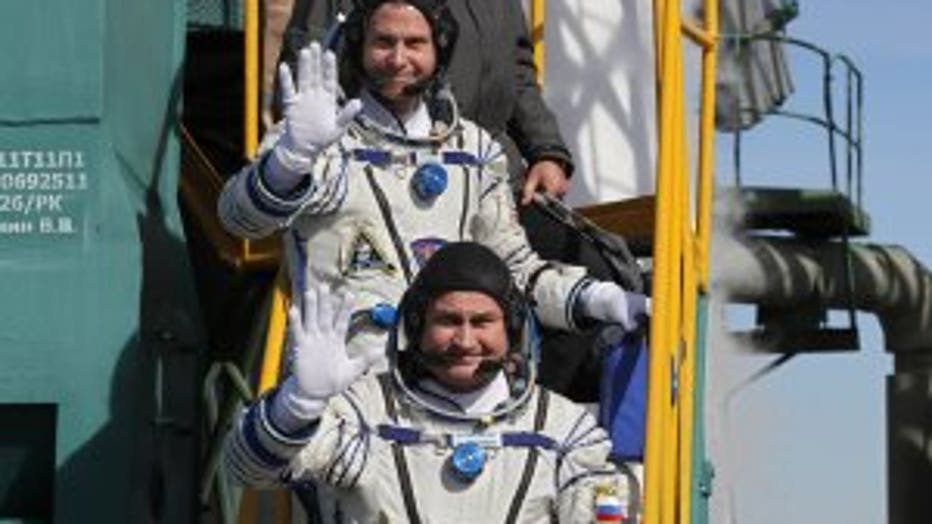 Members of the International Space Station (ISS) expedition 57/58, NASA astronaut Nick Hague and Roscosmos cosmonaut Alexey Ovchinin board the Soyuz MS-10 spacecraft prior to the launch at the Russian-leased Baikonur cosmodrome in Kazakhstan on Octob

They were to dock at the International Space Station six hours later, but the booster suffered engine failure minutes after the launch.

It was the first space mission for Hague, who joined NASA's astronaut corps in 2013. Ovchinin spent six months on the station in 2016.

A senior Cabinet official says that Russia is suspending manned space launches pending a probe into the failure.

Russian Deputy Prime Minister Yuri Borisov told reporters that the Soyuz capsule automatically jettisoned from the booster when it failed 123 seconds after the launch from the Russia-leased Baikonur cosmodrome in Kazakhstan.

He said all manned launches will be suspended pending an investigation into the cause of the failure. Borisov added that Russia will fully share all relevant information with the U.S.