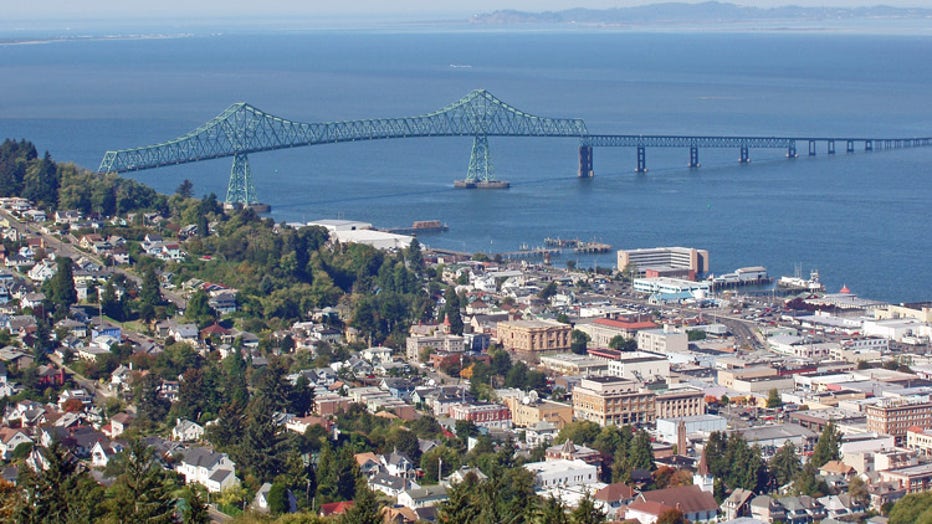 
Astoria, Ore., is tucked near the mouth of the mighty Columbia River where Lewis and Clark came to a weary halt in view of the Pacific Ocean. Fortunes made from fishing and lumber mills lined the town's hilly streets with Victorian flights of fancy, thus the sobriquet "Little San Francisco." The paint started peeling when the salmon gave out in the 1960s, but Astoria made a stunning comeback, starting with the construction of a 4-mile-long bridge that crosses the river to Washington state. The chandeliers were polished at its vintage 1920s Liberty Theater, now the heart of a thriving downtown filled with shops, galleries, martini bars and craft breweries; loving restoration secured the Astoria Column on Coxcomb Hill; and four small museums operated by the Clatsop County Historical Society tell wild stories about Astoria's 19th century red-light district. Then there's the smashing Columbia River Maritime Museum, a paean to boats, from Native American canoes to Coast Guard life savers, and to the intrepid captains and crews. The tab: About $360 round trip between L.A. and Portland, Ore., on weekends on Alaska Air; car rental at Portland International Airport is about $30 per day; a two-night weekend stay at the Cannery Pier Hotel is $458 for a double, breakfast included; dinner at Clemente's will run you about $100 for two; plus $50 for museum entrances, park admission and Ft. Clatsop.

The Cannery Pier Hotel & Spa (10 Basin St.; 325-4996, http://www.cannerypierhotel.com) — built on an old fish-packing pier 600 feet out over the Columbia — is about as good as it gets in Astoria. All 46 contemporary rooms have private balconies and come with ship-spotting guides so you can tell a tanker from a car carrier in the stately cavalcade up and down the river. You may as well be on a boat, except that the service, old Astoria photos and complimentary breakfasts are better.

Given the prevailing fishiness, you can't go wrong by ordering seafood in any of the town's copacetic restaurants. But funky-chic Clemente's (1198 Commercial St.; 325-1067, http://www.clementesrestaurant.com) is top of the line, especially for romantic dinners. Start, perhaps, with Willapa, Wash., oysters on the half shell, followed by the restaurant's signature cioppino; then celebrate the Finnish immigrant cast to Astoria's character by ordering lingonberry sorbet for dessert.

Two bridges cross Youngs Bay and the Lewis and Clark River just west of Astoria, accessing a delightfully scenic loop drive that takes you first to 4,200-acre Ft. Stevens State Park on a skinny peninsula between the Columbia and the Pacific. Turning south from there onto Ridge Road, you're in big pine and spruce woods almost all the way to Ft. Clatsop, a national historic park on the site of the Corps of Discovery's 1805-06 winter encampment. Then it's back to town over the Old Youngs Bay Bridge, with the Astoria Column as a beacon.

Make your plans and go, without obsessing about the weather. Of course, Astoria is grand for walking, boating and kite-flying when the sun shines, but because the city has 200 wet days a year, I wouldn't gamble on getting a dry day. Actually, the city is at its most romantic when fog lies low over the river and rain pelts against the window. It's a place for cozying up with somebody under a duvet, drinking Oregon wine and streaming "The Goonies," an early Spielberg cult flick filmed in town.