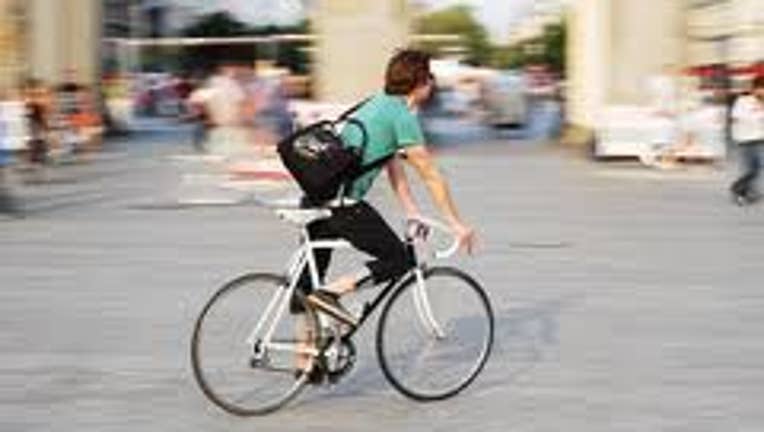 SEATTLE -- Police are looking for a man who assaulted a cyclist Saturday afternoon on Capitol Hill after he apparently became upset the cyclist was legally riding on a sidewalk.

According to a Seattle police report, the cyclist called 911 after he was slowly riding east up Denny Way near Summit Avenue on the sidewalk and passed a man carrying a full can of soda in his hand. The cyclist was passing the suspect when the suspect allegedly took a swing at him, knocking him off his bike.

The suspect then told the victim, who was knocked on the ground, "That's what you get for riding on the sidewalk."

The victim gathered himself up and walked away without incident. He then called police, but officers were unable to locate a suspect in the area, and want anyone with information on the assault to call 911.

Police also reminded Seattle-area residents that cyclists are lawfully allowed to ride on sidewalks, as long as they pedal carefully and yield the right-of-way to pedestrians. According to the Seattle Municipal Code 11.44.120 Riding on a Sidewalk or path: