Researchers vacuumed out approximately 98 'murder' hornets from a nest in Blaine this past weekend. Officials spoke about the process of removing the hornets on Monday.

BLAINE, Wash. - State agriculture officials are asking residents with hummingbird feeders to "keep an eye out" for Asian giant hornets, the invasive honey bee predator that scientists have been trying to eradicate since the first Washington state sighting in late 2019.

Asian giant hornets, a pest not native to the U.S., are the world’s largest hornet at 2 inches (5 centimeters) long, and a predator of other insects, including the honey bees that pollinate many of the crops in Washington’s multi-billion-dollar agriculture industry.

According to the state Department of Agriculture, they are 1/3 to 1/2 the size of a hummingbird. If you see one at or near your feeder, report it to the state here.

The first murder hornets nest — found in a tree and destroyed in late October in Whatcom County along the Canadian border — was about the size of a basketball. It was located after state scientists trapped several hornets and attached radio trackers to some of them using dental floss.

The first Asian giant hornet sighting in Washington was in late 2019.

Despite their nickname, the hornets kill at most a few dozen people a year in Asian countries, and experts say it’s probably far less. By comparison, hornets, wasps and bees typically found in the United States kill an average of 62 people a year, the Centers for Disease Control and Prevention has said. 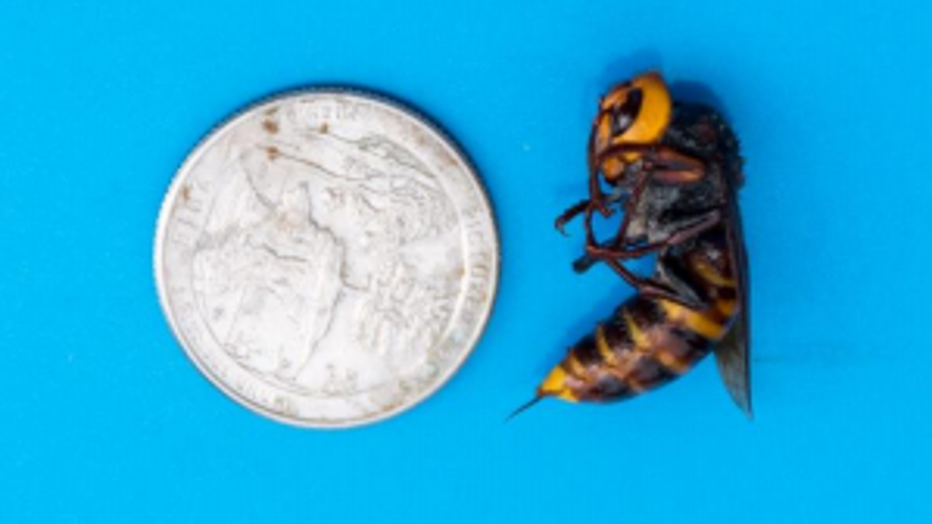 The real threat is their devastating attacks on honeybees, which are already under siege from problems like mites, diseases, pesticides and loss of food.