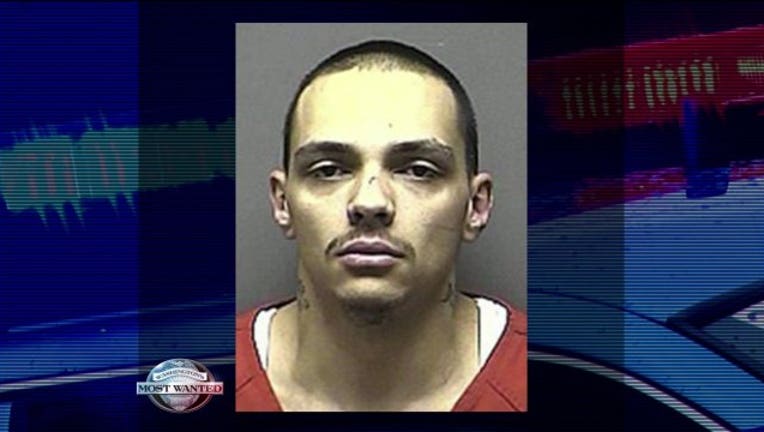 FUGITIVE CAPTURED March 3, 2013 -- The Skagit County Sheriff's Office says it was a tip called into Crime Stoppers that led Mount Vernon police to accused killer, Ashlee Smith, at a home in the 900 block of S. 11th St. Mount Vernon police say it was Smith himself who asked the tipster, who lived at the house, to call Crime Stoppers, because he wanted to turn himself in. He was arrested without incident and taken to the Skagit County Jail. WANTED IN SKAGIT COUNTY March 1, 2013 -- A young woman is sitting in the Skagit County jail -- held in the murder of her grandfather. But, she's not the only one detectives think could be behind the killing. They need to find this man -- convicted felon, Ashlee Smith -- wanted in Skagit County for murder and identity theft. The woman's grandfather, Dean Jackson, went missing on February 16th. His body was found about a week later by search dogs in rural Sedro Woolley. Detectives didn't need the body to arrest his granddaughter though. 24 year old, Ami Morin, was cuffed and jailed just days after her granddad disappeared, and is being held on the same charges as Smith will be -- murder and identity theft. Here are the details on ASHLEE SMITH:

If you know where this accused killer is hiding, call an anonymous tip into: CRIME STOPPERS: 1-800-222-TIPS You must call the Crime Stoppers hotline with your tip to be eligible to receive a cash reward for information leading to a fugitive’s arrest. CLICK HERE for information on how to TEXT A TIP to Crime Stoppers