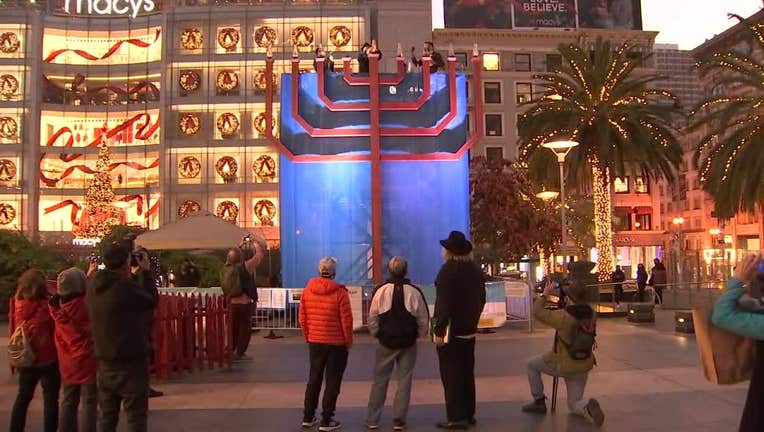 WASHINGTON - President Joe Biden and others around the country are condemning growing antisemitism attacks as Hanukkah begins for Jews around the world.

The Democratic president will tell guests on Monday night – the second night of Hanukkah -- that silence is complicity, according to White House officials, and will add that it’s imperative that hate, violence and antisemitism are condemned.

The holiday celebration comes during a spate of antisemitic episodes.

The Anti-Defamation League, a Jewish civil rights group, tracked 2,717 antisemitic instances of assault, harassment and vandalism last year, a 34% increase over the previous year and the highest number since the New York City-based group began tracking them in 1979.

Doug Emhoff, the husband of Vice President Kamala Harris, recently hosted a White House discussion on antisemitism and combating hate with Jewish leaders representing the Reform, Conservative and Orthodox denominations of the faith. At the event, Emhoff, who is Jewish, said he was "in pain right now" over rising antisemitism.

Among those invited to Monday’s White House event are a Holocaust survivor and retired public school teacher, a rabbi at Temple Emanuel in Winston-Salem, North Carolina, and Michele Taylor, who is U.S. ambassador to the U.N. Human Rights Council and the daughter of Holocaust survivors.

A menorah has been added to the White House holiday collection this year, lit nightly during the eight-day Jewish festival of Hanukkah. White House carpenters built the menorah out of wood that was saved from a Truman-era renovation and sterling silver candle cups.

In the Bay Area, the Jewish Community Relations Council is hosting an event Monday night in Napa with state Sen. Bill Dod, Assemblywoman Cecilia Aguiar-Curry and other politicians at Congregation Beth Shalom to show solidarity with the Jewish people.

The event is called "Here I Am," and is one of many being hosted around the Bay Area For more information, click here.

KTVU contributed to this report.