CAPE CANAVERAL, Fla. - Nearly 50 years after the last moon mission, NASA has big plans to return. Now, they have the big rocket to match.

The agency’s new Space Launch System (SLS) rocket made its long-awaited debut Wednesday, blasting an uncrewed Orion capsule into space on the Artemis I mission.

It’s the most powerful rocket NASA has ever built, and it may be the loudest, too. The orange and white rocket lifted off just before 2 a.m., its fiery boosters lighting up the Florida sky and leaving a crackling, chest-thumping rumble that hadn’t been heard here since the retirement of the shuttle program.

"That’s the biggest flame I’ve ever seen," NASA administrator and one-time astronaut Bill Nelson said afterwards. "I’m telling you, you definitely knew there was energy being expended over there."

NASA's SLS rocket lifts off on the Artemis I mission. (FOX photo)

Thousands of people lined the Space Coast’s beaches and bridges to get a glimpse of the historic liftoff, and unlike two attempts earlier this year, they did not leave disappointed.

"Once you feel that kind of power heading up into the sky, it is a bit of pride: ‘We did this, and it’s a good thing,’" said Mike Harrington, who drove in from Tennessee for the launch. 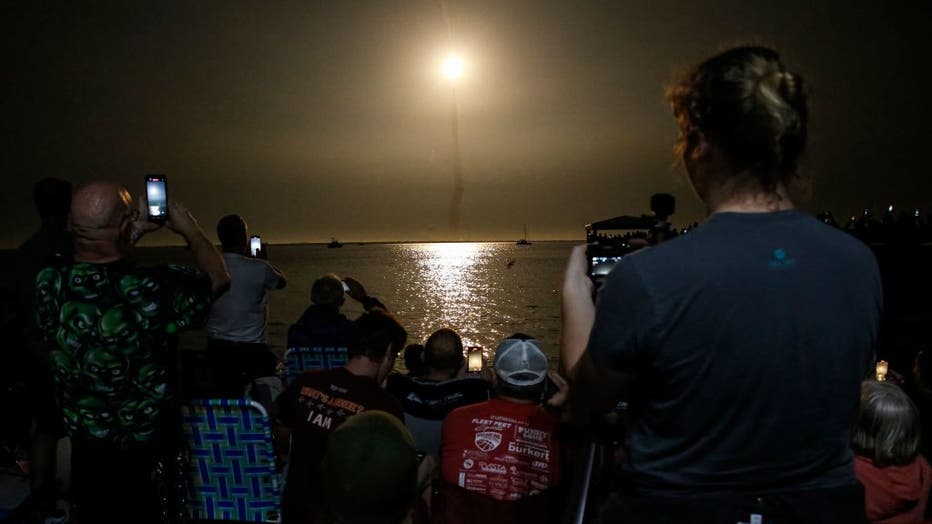 People at Veterans Memorial park watch as the Artemis I unmanned lunar rocket lifts off from launch pad 39B at NASA's Kennedy Space Center, in Titusville, Florida, on November 16, 2022. - NASA's Artemis 1 mission is a 25-and-a-half day voyage beyond ( )

Everything from hurricanes to hydrogen had contributed to those delays and others. NASA managers attributed some of the issues, such as the pesky hydrogen leaks during fueling, to the usual growing pains of a new rocket.

This year’s destructive hurricane season didn’t help. Hurricane Ian chased the SLS back to its giant hangar in September, giving engineers a chance to work on the hydrogen system before rolling the rocket back out to the launch pad. Then Hurricane Nicole moved in so quickly that NASA had no choice but to let the rocket ride it out. 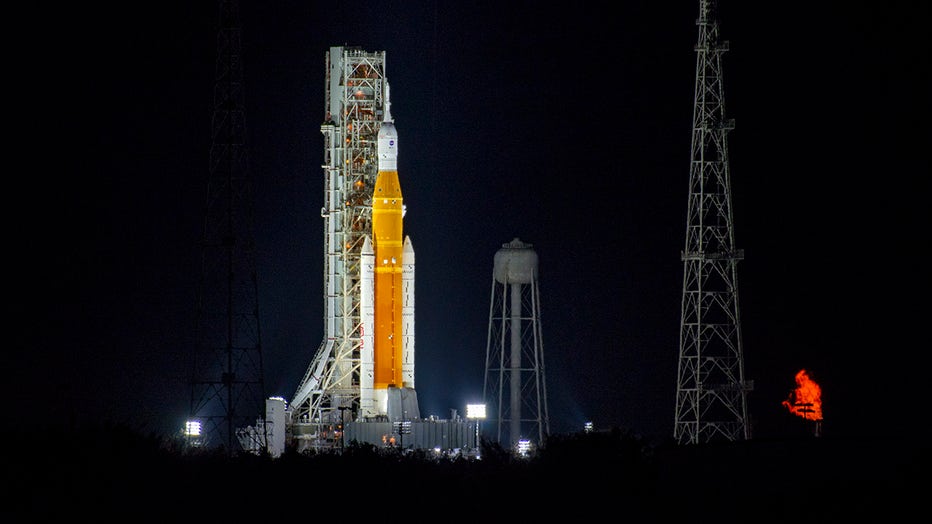 Another hydrogen leak late in Tuesday’s countdown threatened to delay the mission yet again, but technicians were able to tighten a problematic valve by hand and keep things on track. An ethernet problem with a Space Force radar then kept NASA from hitting the opening of the launch window, but it did not take long to fix and the rocket blasted off only about 45 minutes later than planned.

"For the Artemis generation, this is for you," flight director Charlie Blackwell Thompson announced moments before giving the "go" for launch – a reference to those born after the Apollo lunar program ended in 1972. 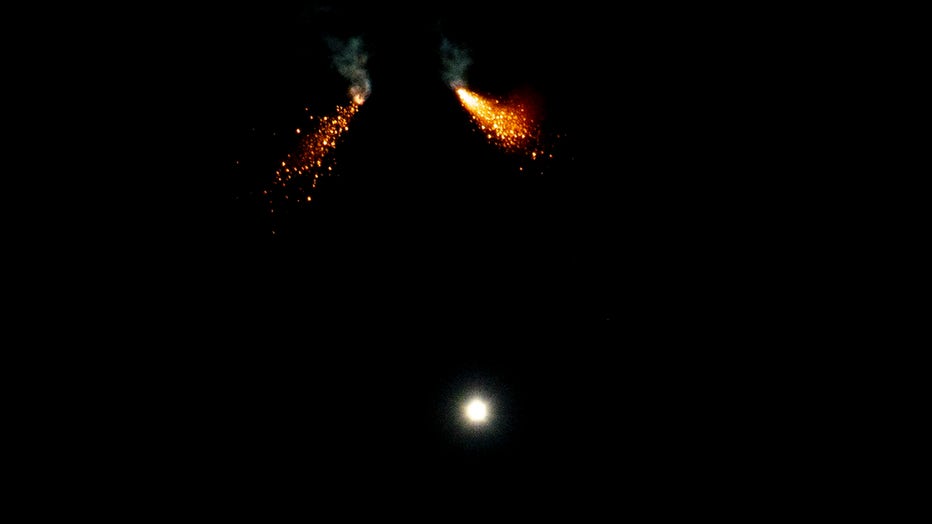 While the NASA team overcame a slew of challenges, the successful launch is still just the first step in what the agency says will be an ambitious flight. The Orion spacecraft will spend 39 days on a trip around the moon – a dry run for a flight with astronauts still two years away.

"We’re going to stress it and test it. We’re going make it do things that we would never do with a crew on it in order to try to make it as safe as possible," Nelson said during an earlier launch attempt.

What is the SLS rocket?

To return to the moon, NASA needs a rocket much more powerful than the space shuttle. So the new rocket reworks elements of the shuttle program, like the orange fuel tank and the pencil-like rocket boosters, into an expendable rocket that rivals the Apollo-era Saturn V. 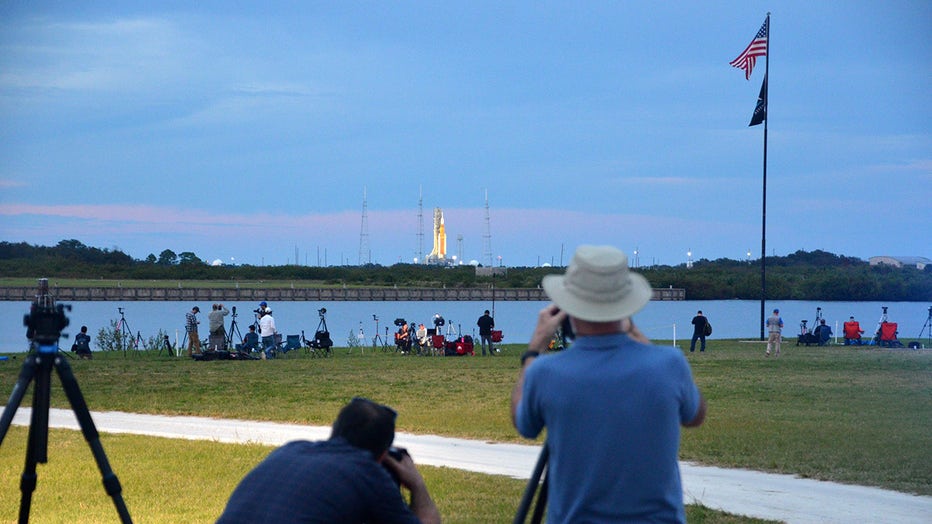 Photographers line up their shots of the SLS rocket at KSC's press site. (FOX photo)

In sheer scale, the SLS rocket nearly lives up to the Saturn V legacy. This "Block 1" initial SLS version clocks in at 322 feet high – taller than the Statue of Liberty but not as tall as the 363-foot Saturn V. Later versions of the SLS could cap out at 365 feet, though, eclipsing the famed moon rocket.

Where the SLS does top the Saturn V is power. With the help of two upgraded solid rocket boosters, the SLS is 15% more powerful than the Saturn V, generating 8.8 million pounds of thrust at launch.

Four refurbished space shuttle engines are powering the core stage, while some of the booster sections are also recycled from the shuttle program – including some dating all the way back to a Challenger flight in 1984.

The SLS launch is reflected in the waters of the KSC turning basin. (FOX photo)

All that power is needed to send the Orion capsule on a trajectory toward the moon. Capable of carrying up to six astronauts, Orion is larger than the Apollo capsules. But it’s only been tested once – a short mission to Earth orbit back in 2014.

On this mission, a European-built service module will help push the capsule into a distant lunar orbit. The capsule will loop around the moon before returning to Earth and reentering the atmosphere at 25,000 – a true trial by fire for the craft’s heat shield.

If all goes well, Artemis II will send a crew on the same mission in 2024, with a potential lunar landing – featuring SpaceX’s Starship rocket as the lander – the following year.

The return of humans to the lunar surface will be historic, but NASA expects it will also break new barriers. The agency has committed to sending the first woman and the first person of color to the moon as part of the Artemis program.

Who’s aboard Artemis I?

Meet the LEGO astronauts aboard Artemis I

No small steps here: NASA managers explain how they're using Artemis missions to inspire the next generation of scientists and engineers.

There may not be any human astronauts on this flight, but several mannequins are strapped in, loaded with sensors to see what kind of ride astronauts can expect.

Four LEGO minifigures are tucked inside the capsule, part of a mission to inspire kids to follow science and engineering career paths.

There are a variety of other interesting bits of cargo – a bolt, mission patch, and even a moon rock from the Apollo 11 mission will make the flight, along with a Snoopy doll that will serve as a zero-G indicator. And NASA is flying a batch of tree seeds, hoping to carry on Apollo 14’s ‘moon tree’ legacy. 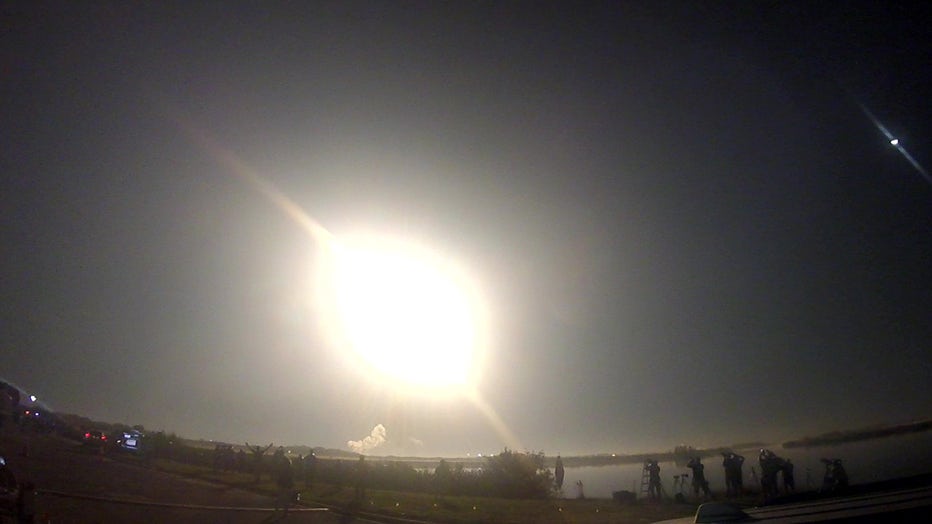 Photographers and onlookers react as the SLS launch lights up the night over Kennedy Space Center. (FOX photo)

An hour and a half into the flight, the Orion capsule was already on its way to the moon. It will eventually fly to within 60 miles of the lunar surface before slowly orbiting the moon for about two weeks.

A series of burns will bring the capsule back to Earth, where it will reenter the atmosphere and splash down off the coast of San Diego, where a U.S. Navy crew will be waiting.

NASA’s chief astronaut, Reid Wiseman, says that the first crewed flight will be an essential step in returning to the moon and future missions to Mars.

"Artemis I leads to Artemis II, which leads to Artemis III, when we hope to have humans on the surface of the moon. But Artemis I is leading to the rest of the Artemis program. The first woman, the first person of color on the surface of the moon and then the first humans tracking out to Mars and putting our footsteps and building science laboratories and inhabiting another planet," Wiseman offered. "It’s just the most awe-inspiring moment that we’ve had here at NASA." 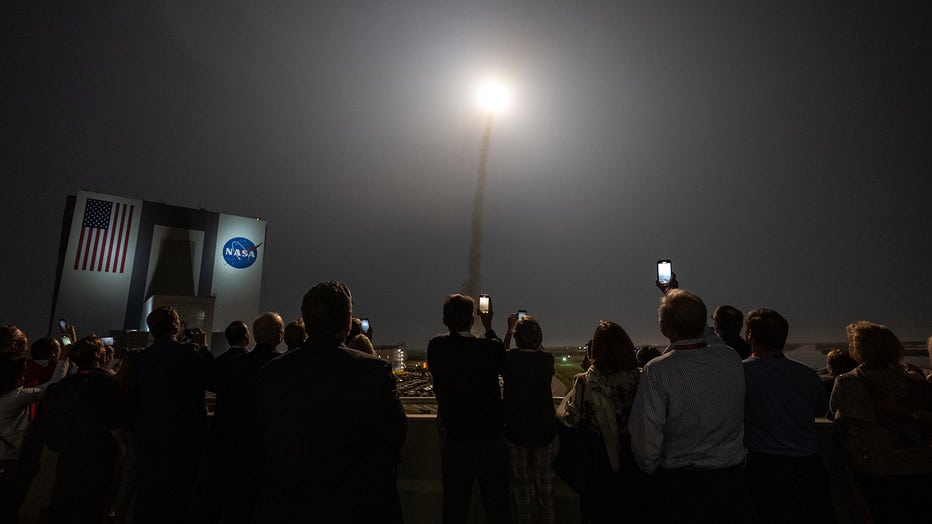 Information from FOX Weather was used in this report.