Both women were seriously injured.&nbsp;

SEATTLE - Crime is up in Seattle, and some recent crimes are just downright unsettling and baffling, such as two completely random attacks on women in broad daylight that left them with serious injuries.

Surveillance video shows a woman planting flowers just after dusk in the Belltown neighborhood when a man walks by and kicks her in the head.

"It just was so violent to see that man just kick her so hard and then keep going down the street like nothing had happened," says longtime Belltown resident Susan Talton.

The woman was hospitalized and had 10 fractures to her face. 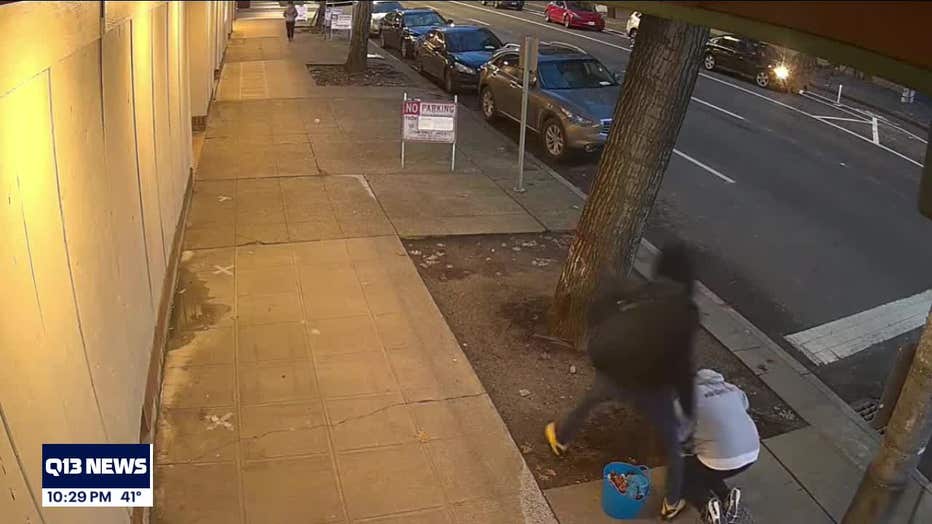 Her attack is one of several recent Belltown cases involving a stranger. One man we spoke with was beaten by four strangers over the weekend while walking into a grocery store. He tells us there was no attempt to rob him; the violence seemed motiveless.

"I'm a city person, I’m used to looking out for myself, but these random attacks by people who need mental healthcare are frightening," says Talton.

She and her husband have lived in Belltown for 13 years. Lately, she wishes it were a safer place.

"I was assaulted right here on 4th Avenue about a block from here, and I did file a police report and my husband has asked me to get some pepper spray. It’s just not as safe as it used to be in Belltown."

But it’s not just in Belltown. Detectives believe the same man who attacked the woman gardening also attacked another woman just the day before on the bus in the University District.

"I was on the bus maybe all of 5 minutes and was on the phone ... talking to a friend who’s in the hospital and all the sudden I just feel this horrible blow to the back of my head." 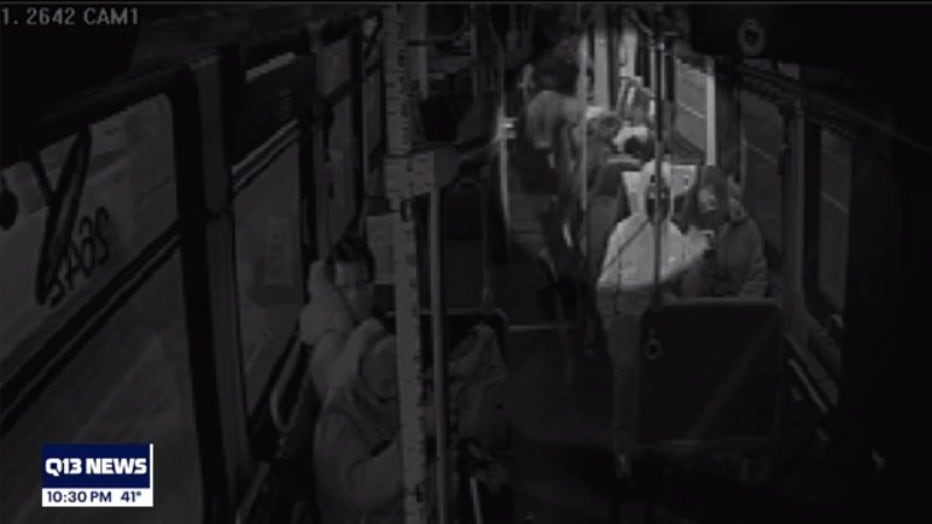 The woman we’re calling Jane says the blow to her head was so hard at first she thought maybe the bus had crashed.

"Then I realized, oh my gosh no I’ve just been hit in the head, and I turn around and the guy who hit me was just sitting there laughing and smiling at me ... in the moment I’m thinking oh my gosh is this really happening? Did this actually just happen?"Perhaps just as shocking for Jane was the reaction of the fellow bus riders, or lack thereof.

"The only person who asked if I was OK or if I needed anything was the bus driver. Everybody else just sat there with their heads down or looking at the window like nothing happened."

The suspect got off the bus and ran. The kick left Jane with a concussion.

"To see video of you being assaulted by somebody, it's heartbreaking, it’s terrifying, it’s traumatizing."

Today the suspect was arrested after someone in Belltown spotted him and called 911. Jane says their actions mean so much to her.

"It's amazing to know that after people not showing any empathy or care with what happened to me, at least somebody out there still does care."

Jane says she is so thankful for how law enforcement jumped on her and the other victim’s case. But she is still troubled by the reaction of the people around her when she was attacked. She says she hopes the people of Seattle will stop ignoring violence and actually step in and help.