All 77 patients were safely removed from the facility into the parking lot. There were approximately 29 staff on duty and several neighbors assisted in evacuating patients as well.

MONTESANO, Wash. - Dozens of patients at a Montesano long-term care facility were evacuated due to a fire Wednesday.

At about 5:30 p.m., the Montesano Fire Department responded to a fire alarm at the Montesano Health and Rehab facility at 800 North Medcalf Street. There were about 50 firefighters from several agencies throughout the region also responded. 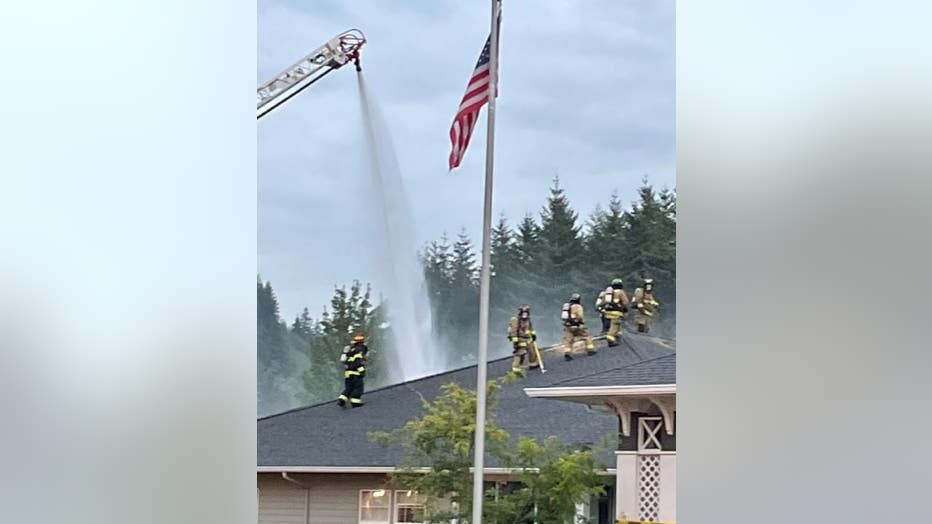 As firefighters responded, there were additional 911 calls from the facility and nearby witnesses reporting  smoke in the kitchen and flames from the roof of the building.

Staff at the facility started evacuating patients after seeing smoke.

Twenty-nine staff members and several neighbors helped evacuate all 77 patients from the facility.

Two patients, who  needed higher levels of care, were taken to the hospital.

Fire officials said there were no reports of injuries from the fire.

It took about three hours to get the fire under control.

The cause of the fire is unknown and remains under investigation.

Montesano Health and Rehab cares for a variety of patients, from those who are recovering from injuries or surgery, to those receiving end of life care.