Rideshare driver travels to all 50 states to try local food, learn about America

Kreskin Torres, a 33-year-old Army veteran, kicked off his adventure in Los Angeles, California, and since then, he has visited 49 states. Soon, he will fly to Honolulu, Hawaii, and rent a car to achieve his 50-state milestone.

BALTIMORE - Five years ago, Kreskin Torres, a food blogger and rideshare driver from Baltimore, decided he wanted to experience and learn about the nation’s culture by driving through all 50 states.

To accomplish his mission, he began working for Uber and Lyft as a rideshare driver as a way to afford his mission and get around each state.

"I just wanted to get out to experience America for myself, nationwide, and get to talk to locals and get to know about people around America and see what they go through," Torres told FOX TV Stations Group.

The 33-year-old Army veteran kicked off his adventure in Los Angeles, California, and since then, he has visited 49 states. Next week, he will fly to Honolulu, Hawaii, and rent a car to achieve his 50-state milestone.

To use Uber and Lyft, Torres noted he has to re-apply through the companies each time he visits a new state. He added sometimes a state will allow you to work in a neighboring state.

Known as the "Rideshare Foodie" on social media, Torres said his rideshare adventure has allowed him the opportunity to connect with people from all across the United States while learning about and experiencing the best food the town has to offer.

"I want to experience what the locals experience and whatever they grew up on," he continued, citing food as a great unifier and the perfect opportunity to connect with locals. 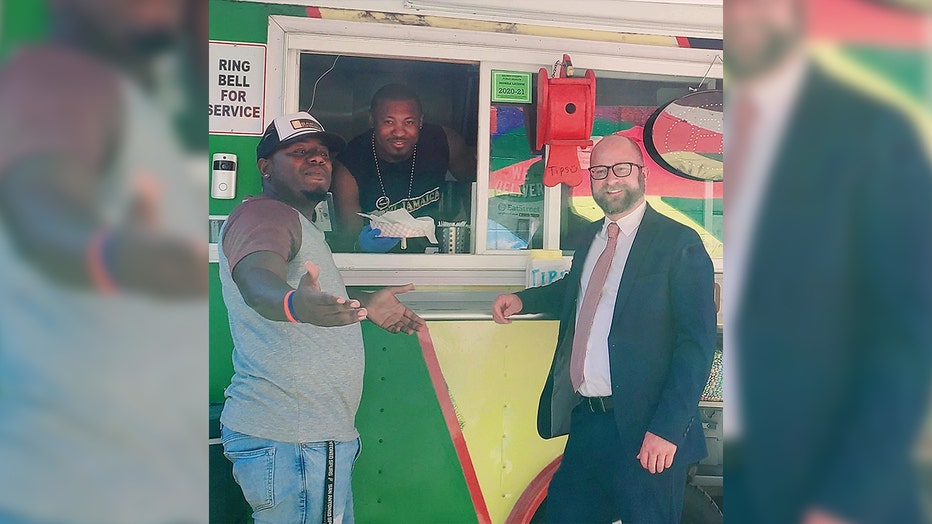 Since starting his journey, Torres has supported more than 2,000 businesses nationwide, including hundreds of veteran-owned food trucks and restaurants.

"I have family members and friends who have all served and grew up wanting to do something to show my appreciation to brave women and men who not only risk their lives but their mental well-being to protect us and for the rights that we have," shared Torres, who also served in the Army in 2013.

In addition, Torres said he has been able to discover plenty of new food creations, including everything from potato ice cream in Idaho to chili cinnamon rolls, a popular dish in Iowa, Nebraska and South Dakota. His favorite and most memorable food state throughout his adventure has been Jackson, Mississippi. 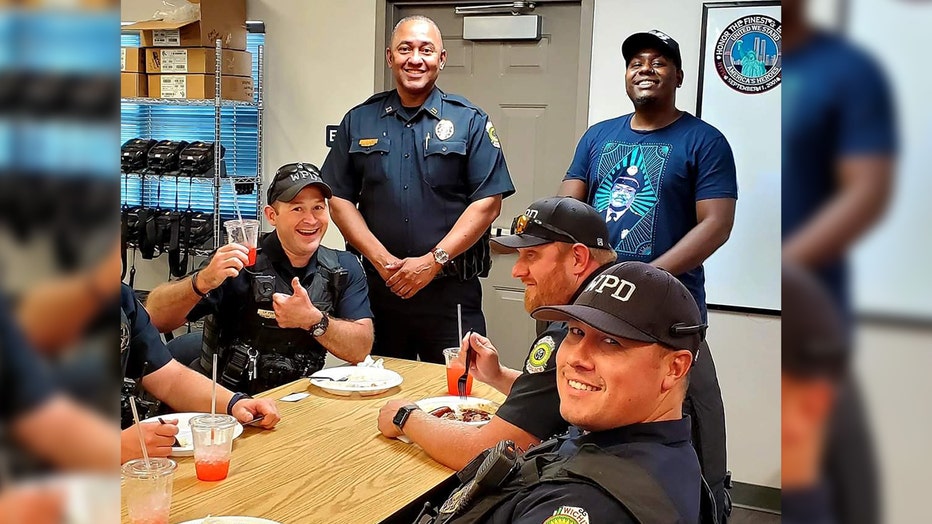 "The hospitality, food and culture all provided the experience of what America should be," he said of Jackson.

His next goal is to host a "Tasting the States" event next year, which would bring food from various states to one location, so foodies can experience eats from all over the U.S that Torres has had the opportunity to try.

Rideshare company Lyft issued a statement to FOX congratulating Torres on his journey.

"Our heartfelt congratulations go to Kreskin and we are excited to cheer him on as he accomplishes his goal of driving through all 50 states next week," Lyft wrote. "We are thankful for him and all drivers who bring their heart, soul and boundless creativity to the job. We're thrilled the Lyft platform helped Kreskin to experience this incredible journey."

Ultimately, Torres said his main mission is to get others outside their comfort zone to experience new cultures and new ways of life in the U.S.

"While driving Uber, my passengers will tell me how they've been in a city/town all their lives and have never seen the country. Americans yearn to explore more of the nation and meet other people from other places but feel trapped, sheltered even, which creates misinformation and being misinformed about other races and communities which they have rarely or never experienced," he concluded. "People enjoy sharing their culture and meals at their dinner tables. They've provided shelter, clothing, transportation and even donations during my travels and this is the America I've gotten to know and experience and I am greatly appreciative of the opportunity to share a meal with my country."