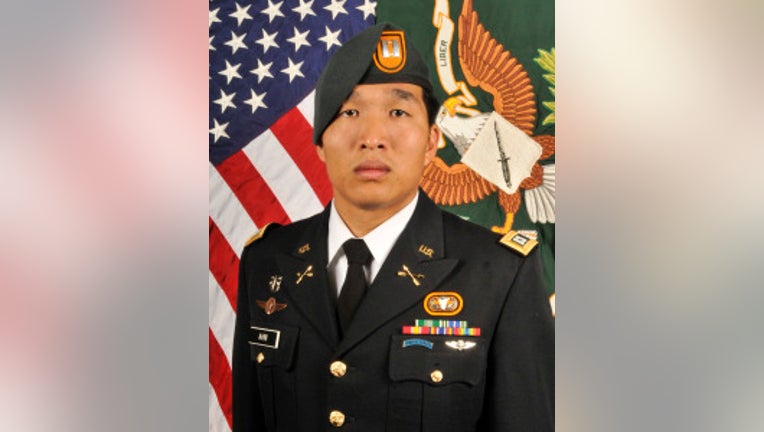 SHELTON, Wash. -- The Army says the soldier who died during a parachute training operation last week was a young officer who recently joined Army Special Forces.

A local rescue team helping in the search discovered his body in a heavily wooded area in Mason County.

The News Tribune says the Army is conducting three separate investigations into his death.

Ahn was part of the special forces unit based at Joint Base Lewis-McChord who jumped from a plane with other service members.

He joined the 1st Special Forces Group in May 2014. He previously served at Fort Bragg, North Carolina as a quartermaster.

He has numerous medals for his military service.