Army Corps says Skagit River flooding could have been ‘catastrophic’

Army Corps says Skagit River flooding could have been 'catastrophic'

SEATTLE -- While the scenes of a workshop dangling over a crumbling riverbank in Lyman may have made national news, the Seattle office of the Army Corps of Engineers says the reality is that the flooding along the Skagit River last week could have been far worse. The agency says they ran some calculations on how much flood water they were able to hold back in two reservoirs upstream -- and the results were surprising.

"What could have happened would have been very likely catastrophic flooding," says Ken Brettmann. He is the senior water manager for the Army Corps of Engineers for all of Western Washington. He says the reservoirs behind the Ross and Upper Baker dams did their job and then some. 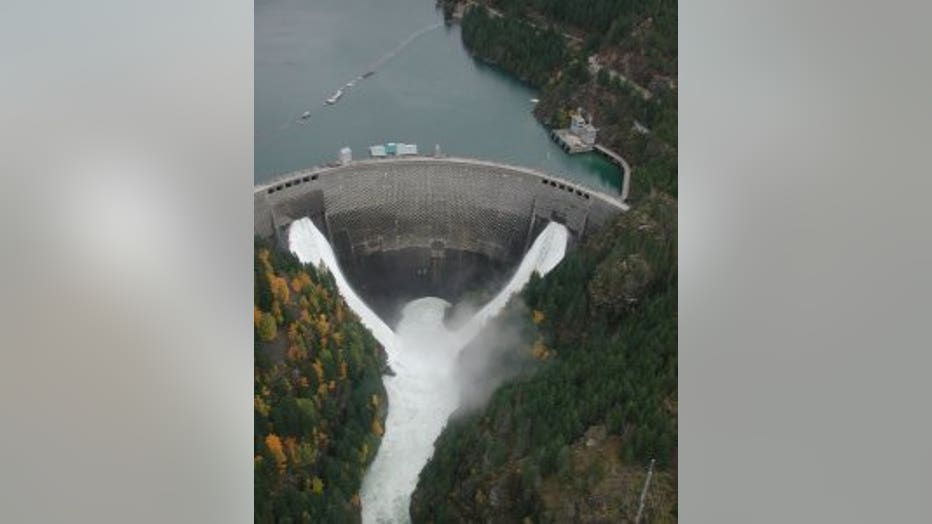 Ross Dam on the Skagit River is owned and operated by Seattle City Light. Except during flood events, when control is turned over to the Army Corps.

"The flooding without the dams could have potentially been eight feet or higher in the lower valley. That would have swamped the towns of Mount Vernon (population 34,000) and Burlington (population  8,700).

Ken Brettmann is describing flood waters that would have been significantly higher than the roughly five-foot high new flood barrier that's almost completed along the Mt. Vernon waterfront. He doesn't want to diminish the human suffering and loss of property that did occur with the highest water levels the Skagit River has seen in 11 years, but he says the Army Corps of Engineers is not to blame.

He says the real culprit is the heavy bought of warm rain that drenched the region last week. Warm rain on top of snow is one sure-fire way to get rivers to rapidly rise in the Pacific Northwest. The phenomena is often described by meteorologists as a "pineapple express" since the atmospheric river of moisture originates from near Hawaii.

Brettmann says the public often misunderstands that the job of the Army Corps of Engineers is not to control floods. 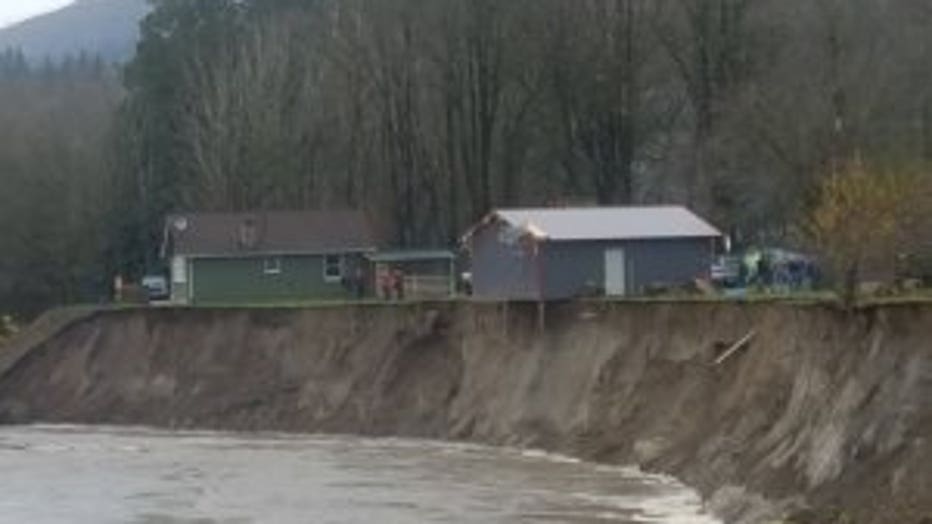 "Flood risk management," says Brettmann is the sole focus on the Corps. "What does that mean? Our goal is to prevent loss of life and minimize property damage."

That means that in terms of policy, they hold back water during heavy rain events-- and release it when the rain is over.

"When the dams are doing their jobs, they're holding back a significant amount of water."

He says in the case of the Skagit River, the dams on that river don't even belong to them. The Ross Dam is owned and operated by Seattle City Light and the Upper Baker Dam is owned and operated by Puget Sound Energy. Both are used for power generation, but when flooding is possible they step aside and give control to Ken Brettmann and his team at the Army Corps of Engineers. And with this particular November rain event, when the Corps took over-- both reservoirs were at abnormally low levels-- which meant they could store even more water to keep it from heading downstream.

And while the images of buildings and orchards being swallowed by the river is heartbreaking-- it's Brettmann says that's part of what rivers do. Over long periods of time, he says they meander and alter their course. 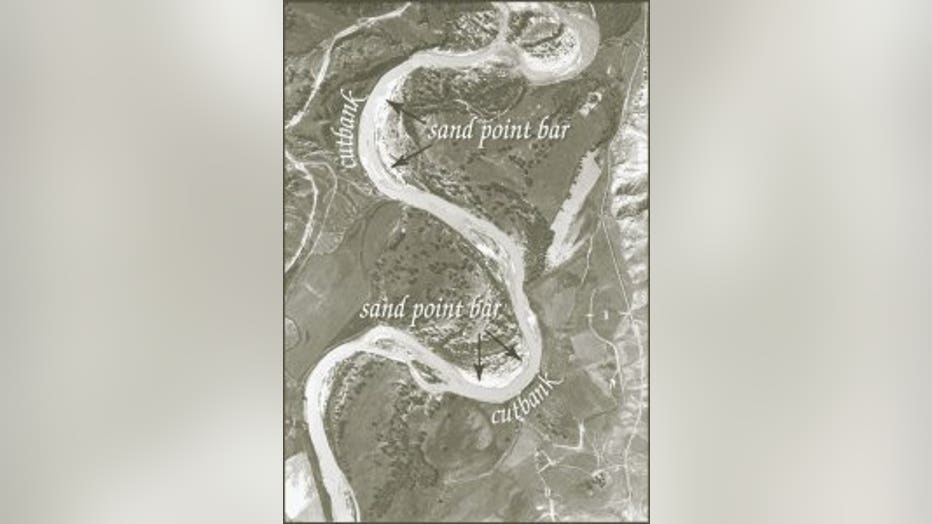 Image showing the deposit and erosion sides of a meandering river. Source: WikiCommons

Rivers carry not only water but also soil and debris too.  Rivers close to sea level tend to meander more-- and curves in the river are where most erosion takes place. Where the river flows faster is where there's more energy to erode away more soil. It's called a "cut bank" by geologists since it is where the river is actively eroding away. It's most easily spotted by steep cliffs, often with the roots of nearby trees poking through. The opposite side is where the river is slower and doesn't have enough energy to carry a lot of sediment. That means the river deposits the sand or gravel it's carrying--and why it gets called the deposition bank. Deposition bands most often feature a sand point bar. While the processes of erosion and deposit are happening all the time, it's most noticeable to us during high water and flooding events when the process is sped up considerably.

For the Army Corps, they're always looking on the horizon for the next possible flooding event. Unfortunately in November, especially in a La Nina type winter, that means many more months of rain and flooding potential ahead.