MILL CREEK -- In Snohomish County, there are now armed deputies whose sole focus is to keep school students safe. The special unit was created in the wake of the massacre at Sandy Hook Elementary in Connecticut.

It’s the first police unit of its kind in Washington state and might be the first in the nation.

Snohomish County Sheriff John Lovick said, “I was impacted like millions of other people were with the incident at Sandy Hook,” and his new goal was to think outside the box about keeping schools safe in his jurisdiction. 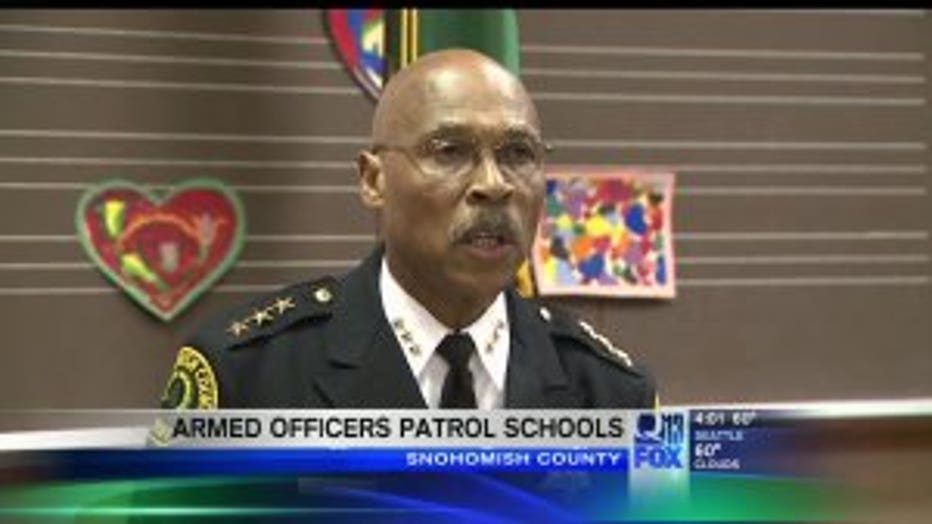 Lovick said he decided to create a new police unit strictly dedicated to school safety. "It’s going to be a game changer in this community.”

Several schools around the county already have police stationed as school resource officers, and that will not change.

But the Snohomish County Sheriff’s Office’s new unit consists of five armed deputies to cover the schools in unincorporated parts of the county.

The sheriff has pulled officers from other units to put five deputies in the schools. He’d like more than 20 in the unit, but the budget would be over $1 million, he said.

He’s now looking to private companies, school boards and the Legislature to help fund it.